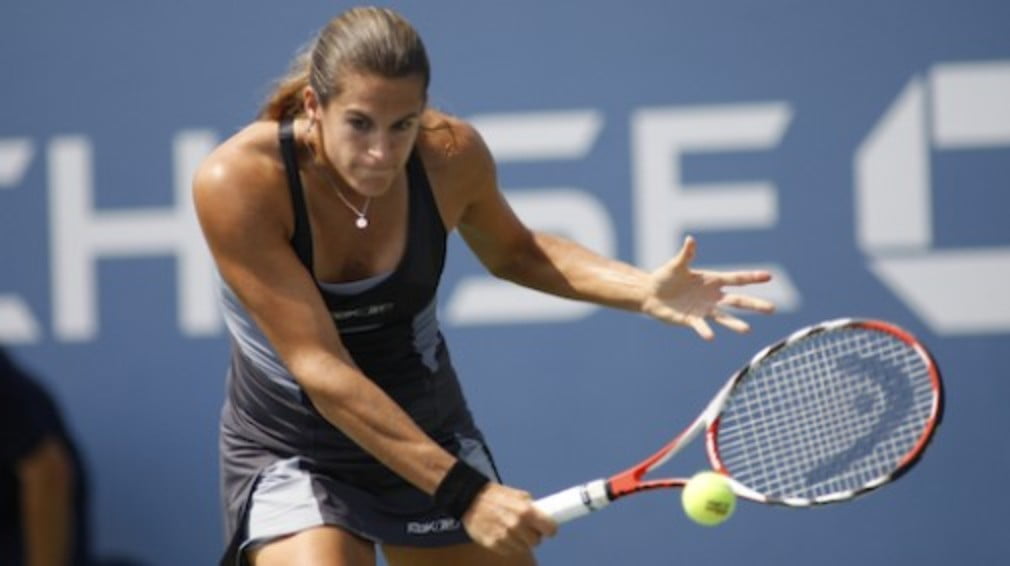 Former world No.1 Amelie Mauresmo enjoyed one of her best results for some time on Thursday when she shocked world No.5 Ana Ivanovic to book a semi-final spot at the Sony Ericsson WTA Tour Brisbane International.

Twenty-nine-year-old Mauresmo, who won Wimbledon and the Australian Open back in 2006, broke Ivanovic five times in total to record her sixth victory in eight contests against the young Serb.

Mauresmo will now play compatriot Marion Bartoli after the third seed put out Italy’s Tathiana Garbin 6-3, 6-3 in the last eight.

In the bottom half of the draw second-seeded Belarussian Victoria Azarenka booked her semi-final place by seeing off Czech Lucie Safarova 7-6, 6-4. She will meet Italian Sara Errani who beat another Belarussian, Olga Govortsova, 6-3, 6-3.

The Brisbane event is the first of a number of mixed tournaments scheduled for 2009 and in the ATP draw Spanish third seed Fernando Verdasco was the first player into the men’s semis.

At the $220,000 ASB Classic in Auckland, New Zealand, there was good news for WTA Tour semi-final of her career.

The 25-year-old British No.1 went through when her quarter-final opponent Ayumi Morita retired with a hamstring injury after Keothavong had taken the first set 6-0.

The Briton will play unseeded Russian Elena Vesnina in the semis after she shocked Danish world No.12 and second seed Caroline Wozniacki 6-3, 0-6, 6-3 later in the day.

Its a shame Ayumi had to retire but I thought I started better today than in my previous matches and was hitting the ball pretty sweet anyway, Anne told her official website, AnneKeothavong.co.uk..

Shes played a lot of tennis in the last few days and she was bound to be a little tired but Im through to the semis and thats what matters for me. Its not a bad start for the first tournament of the year.

Also through to the last four in Auckland are Russian top seed Elena Dementieva and unseeded Frenchwoman Aravane Rezai.

Elsewhere, there is more mens action to come around the world on Thursday. Rafael Nadal, Roger Federer, Andy Murray and Andy Roddick are all scheduled to play in Doha, while rain-delayed second round matches will be played in Chennai, India.