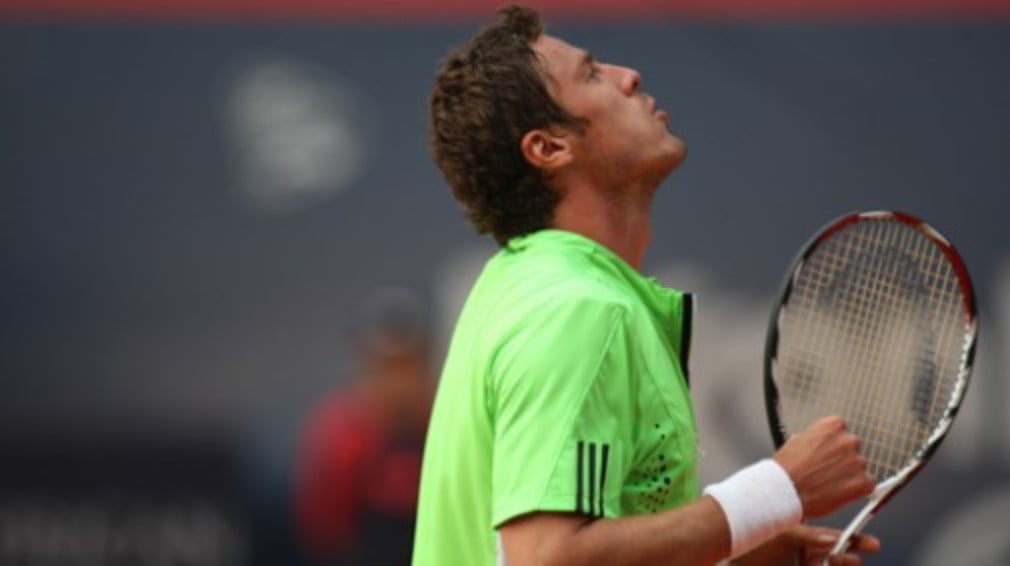 Marat lets it slip against Gremelmayr in LA Classic

Top seed Andy Roddick continued his successful return to fitness with a 6-3 6-1 win against Marc Gicquel at the Countrywide Classic.

The 25-year-old American hit six aces and converted four of nine break points to reach the semis, where he faces Denis Gremelmayr, after the German followed his victory over Feliciano Lopez with a comeback win over former world No.1 Marat Safin 3-6 6-3 6-2 in the quarters.

I didn’t serve very well in the third set, the balls are pretty slow so it was difficult for my game,” said Safin, who has not won a title since winning the Australian Open in January 2005. “It was perfect for him because he was playing very simple tennis.

The Russian had raced away to a 5-1 first-set lead, but began to stutter when serving for the set, clinching it at the second time of asking. “I made a couple of mistakes and he started to feel much more comfortable on the court – my momentum was gone.”

The semi-final will be a tale of two Beijing absentees – Roddick opted out of the Olympic Games in order to prepare for the US Open, while Gremelmayr was controversially omitted by his national Olympic committee in favour of Rainer Schuettler.

“Happiness off court translates to a clear mind on court – and that’s the case for me,” said the 26-year-old.

“It’s great to do well again. I had some trouble serving with the sun. But the weather was perfect, it was a very clean match.”

The American will play in-form Argentine Juan Martin del Potro, who extended his winning streak to 12 matches with a 7-6(6) 6-2 win over Amer Delic after saving four of the five break points he faced.

Del Potro has not been defeated since the Wimbledon second round, including ATP titles along the way. “It’s just great to keep winning, I’m living a dream and I’m now in the Top 20,” said the teenager. “I hope I can keep this up against Mardy tomorrow.”