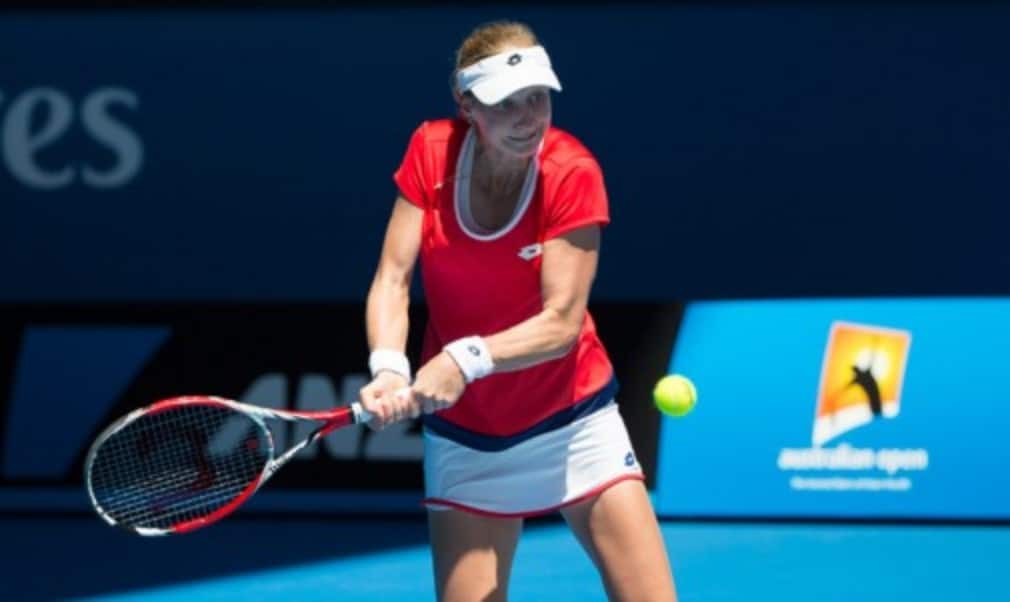 Last season was like "a little dream" for Ekaterina Makarova, but the 26-year-old Russian is determined not to take success for granted. After beating Roberta Vinci 6-2 6-4 in the second round of the Australian Open, the world No.11 said she would simply focus on her next match.

In 2014 Makarova won the second WTA singles title of her career in Pattaya and played in her first Grand Slam singles semi-final at the US Open before losing to Serena Williams. She has had even greater success in doubles, winning both the 2014 US Open and 2013 French Open titles in partnership with Elena Vesnina.

"Last year was a little dream of my life and it was a great season," she said. "I really wanted to come back here and play my best tennis and I am really enjoying being here at the Australian Open."

Makarova has often performed well at the year's opening Grand Slam event. She reached the singles quarter-finals in both 2012 and 2013 and made the fourth round last year before losing to Li Na, the eventual champion.

Having such a good 2014 has put her in a good frame of mind for the new season. "It's a different feeling and my confidence is different," she said.

The win over Vinci took just 74 minutes, though Makarova insisted: "It wasn't that easy like the score because she is a tough player. She changes the rhythm. We played a really tough match in Beijing which I lost 7-5 in the third. Today was a pretty tough one and I'm happy that I came through in two sets."

Makarova dropped serve only once in the match. "I was aggressive and my shots down the line really helped," she said.

In the course of 2014 Makarova rose 12 places in the world rankings. She is now the world No.11 and is the tenth seed here, though she said she was "not really thinking" about such matters.

Makarova takes inspiration from her fellow Russian, Anastasia Myskina, who won the French Open in 2004. "She is my idol from when I was a junior," Makarova said, "She is helping us in Moscow and she is captain of the Fed Cup so we are so close. She is helping me a lot with the confidence. She is a Grand Slam champion and she is giving me some tips."

In a repeat of the 2014 Pattaya final Makarova will play the No.22 seed, Karolina Pliskova, in the third round here. Makarova won that match, which is their only previous meeting, in straight sets but was pushed to a tie-break in the second set.