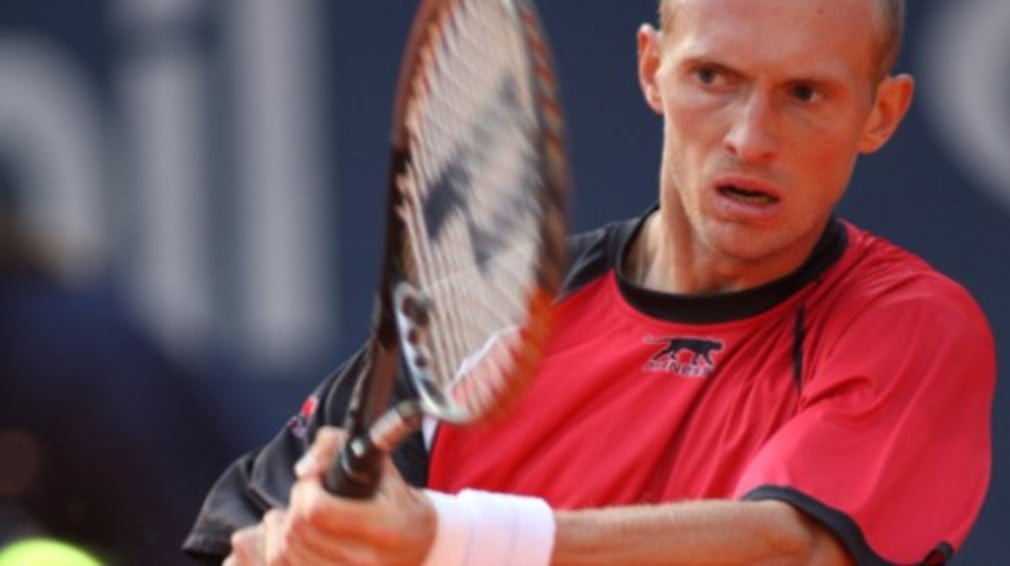 World No.6 Nikolay Davydenkos Tennis Masters Cup hopes took a hit on Wednesday when he lost his opening match at the Madrid Masters.

The Russian fifth seed went down 4-6, 6-4, 6-4 to American world No.63 Robby Ginepri in the second round of the penultimate Masters Series event of the year.

Davydenko arrived in Madrid in fifth spot in the ATP Race, hoping to get enough victories under his belt to guarantee his place at the eight-man end-of-season Masters in Shanghai.

But todays defeat means the 27-year-old will have to wait and see how his rivals for the last four places get on in the Spanish capital. Rafael Nadal, Roger Federer, Novak Djokovic and Andy Murray have already qualified.

Chiles 12th seed Fernando Gonzalez was another to have his Masters Cup hopes dented when he went down 6-3, 6-4 to explosive Frenchman Gael Monfils.

Third-seeded Serb Djokovic almost joined them on the sidelines as he struggled to subdue Victor Hanescu before the Romanian pulled out midway through the third set of their second round match.

After dropping the opening set on a tie-break, Australian Open champion Djokovic was two points away from being dumped out of the event during the second set tie-break before clinching the breaker 8-6 and forcing a decider.

With Djokovic up 3-1 in the third set his opponent was forced to stop with an injury.

“It’s been a very difficult match, Djokovic said. I think if Victor could hold on it could go either way.

He was, in my opinion, the better player today, and I got kind of lucky he has one of the most precise serves I have ever played against.”

Djokovic goes through to play Croat Ivo Karlovic who came through 7-6, 7-6 against Swedens Robin Soderling.

Seventh seed and defending champion David Nalbandian got the better of recent Tokyo winner Tomas Berdych during the afternoon session with a 6-2, 6-7, 6-1 victory over the young Czech.

The Argentine has said hes not interested in the Masters Cup this year, choosing instead to concentrate on his nations Davis Cup final against Spain in late November.

Another early winner was Frenchman Jo-Wilfried Tsonga, who squeezed past Spains Marcel Granollers 3-6, 6-3, 7-6(5).

Tsonga is another fighting for a ticket to Shanghai, although he was fortunate to survive against qualifier Granollers, who served for the match at 5-3 in the decider.

Tsonga’s reward is a third round meeting with the winner of the Federer-Radek Stepanek second round clash due to take place in the evening session.

Later on, ninth seed Juan Martin Del Potro was another player to profit from an injury to his opponent as Jarkko Nieminen quit their match.

Argentine Del Potro who was in eighth place in the Race going into Madrid was cruising 6-3, 4-2 when his Finnish opponent called it a day.