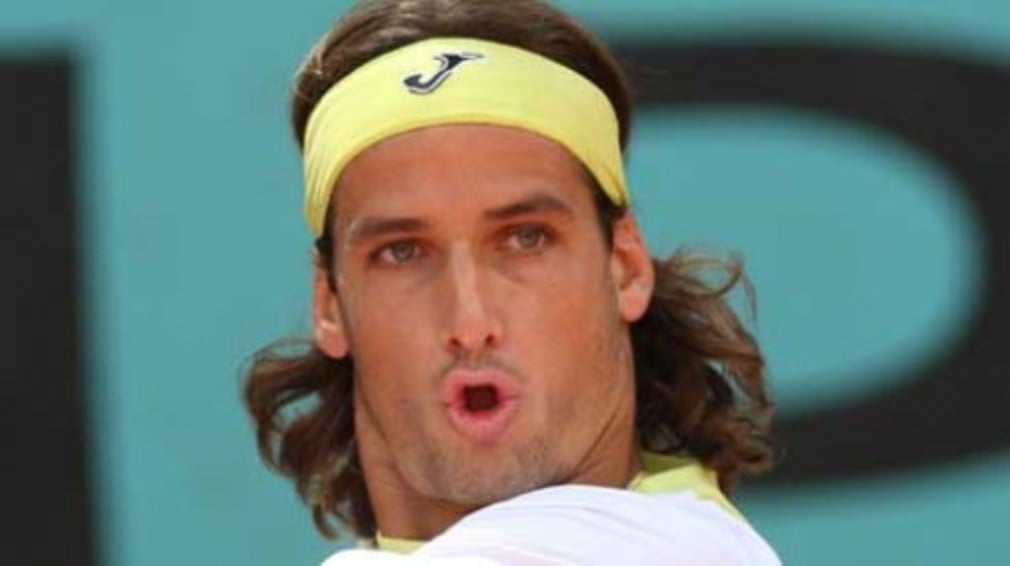 Lopez levels matters as Delpo grinds to a halt

Those Argentinean tennis fans with tickets for Sunday’s play can relax, though only slightly. The Davis Cup final will still be up for grabs on day three after Fridays rubbers ended all square, but it will be the Spaniards sleeping a little sounder tonight.

After making the dream start in the days first match, the hosts face a nervous wait on news of the condition of their No.1 Juan Martin del Potro ahead of Sundays matches.

The 20-year-old limped out of the Mar del Platas Estadio Polideportivo Islas Malvinas on the verge of tears after what appeared to be a right thigh strain swung a tightly balanced match in favour of his feisty opponent, Feliciano Lopez.

The Spaniard, promoted from the teams supporting cast in Rafael Nadals absence, produced a gutsy display to claim the second rubber 4-6 7-6(2) 7-6(4) 6-3 and level the tie.

“He [Nadal] was calling the people on the bench in between points to find out [the score] because they cut the TV signal in the hotel he is staying at,” Lopez later revealed.

Lopez produced a gutsy display to level the tie…

It looked as if del Potro was set to pick up where Nalbandian had so comfortably left off, thrilling the partisan crowd with some of the great tennis that took him past his compatriot and into the worlds top ten this year.

On the back of a solid serving performance, the Argentine produced a flurry of flat returns and passing shots that left Lopez, intent on making the most of the quick conditions at the net whenever possible, hanging on at times. The Spaniard was broken in game five, and never found a way to break back as del Potro claimed the set.

It was the only break of the first three sets, as each players serves proved too hot to handle on the newly laid acrylic court. The second reached a tiebreak after both failed to produce a single break point, but Lopez played the more consistent tennis when it mattered, clinching the set after HawkEye confirmed del Potro had missed with his forehand.

Both players seemed resigned to the inevitability of a breaker in the third, though Lopez did produce two break points, swiftly snaffled by the Argentine. Again the set went the way of the Spaniard after a passionate display, sealing it with an ace and jogging back to his chair.

But the real drama unfolded in the fourth set. Lopez conjured his first break of the match in game four and gave it straight back in game five. In the first point of game six, del Potro pulled up after chasing down a wickedly angled Lopez approach and slipping as he looked to change direction.

Saturdays doubles, which Mancini predicted would seal it for Argentina, now becomes critical…

The Argentine immediately called for the trainer, who set to work on his right thigh, and returned to the court moving gingerly. Lopez capitalised, breaking again and this time consolidating his lead. Again the Argentine received treatment, and managed to hold serve, but was powerless as Lopez served the match out to love.

“I never felt this happy before in my career,” said Lopez. “It’s great to win a match like today, in a Davis Cup final, away from home.”

Del Potro is due to face David Ferrer in the first of the reverse singles on Sunday, depending on the seriousness of his thigh injury.

“The doctor could not make a diagnosis right now,” said del Potro. “I don’t know what the injury is – tomorrow we’ll find out what happened.”

The final singles rubber will pit the mercurial Nalbandian against the durable Lopez.

Saturdays doubles rubber, which Mancini had boldly predicted would seal the final for Argentina, now becomes critical to their hopes of a first Davis Cup title. Both winners will return to court for Saturday’s action – Lopez will pair up with Fernando Verdasco to face Nalbandian and Agustin Calleri.