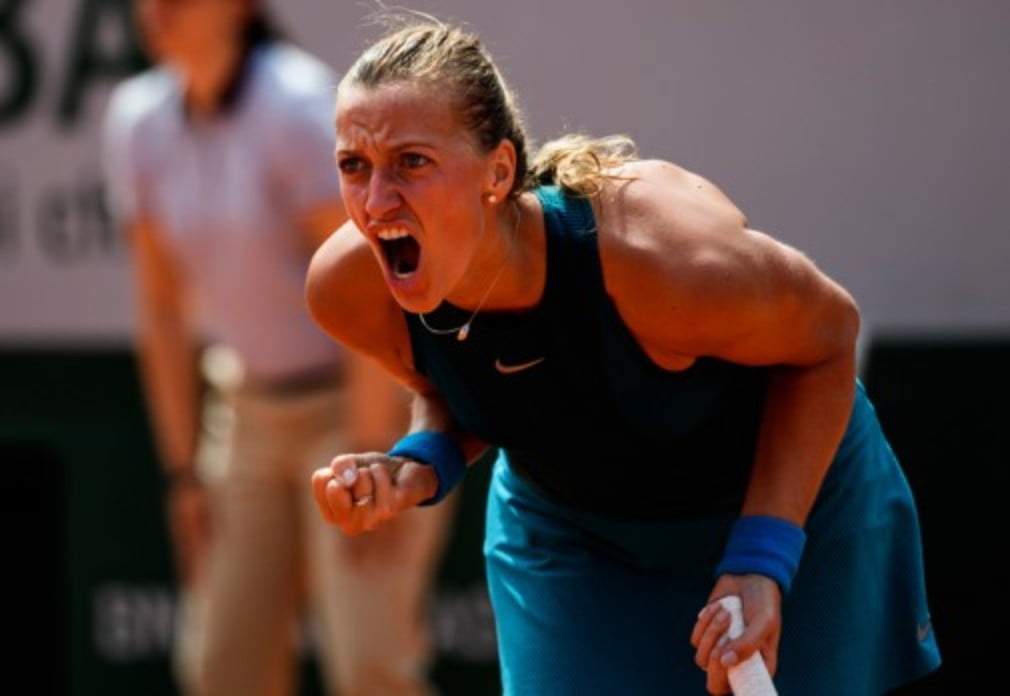 Kvitova:”IÈm happy to make the second round”

The Czech player who won back to back titles at Prague and Madrid coming into Roland Garros and is now on a 12 match winning streak dropped the first set but found a way through the first match of the day on Court Philippe Chatrier.

Kvitova has played a lot of tennis coming into Paris; the victory today was her 31stwin of the year.

“I need a good sleep,” she said when asked about her preparations for the next round where she plays Spaniard Lara Arruabarrena.” I need to eat well, as well, obviously to have some more energy back to my body, to rest a little bit better.”

Kvitova’s best run at Roland Garros came in 2012 when she reached the semi-finals. This year she said, “I'm taking it very easy and relaxed at this tournament.”

"I'm just very happy to be in the second round right now.”

Other news from Day Two

Marco Trungelliti, the lucky loser who replaced Nick Kyrgios when he withdrew from the tournament yesterday with an injury, drove from Barcelona to take his place against Bernard Tomic. He won 6-4 5-7 6-4 6-4 to take his place in the second round.

Guillermo Garcia Lopez ended Stan Wawrinka’s Roland Garros for a second time. The match on court 1 lasted three and a half hours

Briton Cameron Norrie advanced to the second round when his German opponent Peter Gojowczyk retired trailing 1-6 0-2. Norrie whose first Grand Slam win also came after his opponent retired at the 2017 US Open, said he had been feeling good today and is looking forward to the second round match against the 15thseed Lucas Pouille. “I love being the underdog and all the pressure is on him.”

World No 22, Novak Djokovic returning from an elbow injury defeated Brazilian qualifier Rogerio Dutra Silva. ”I didn't feel that great,” he said. “But, I played enough to win, so it's good.”

Victoria Azarenka, one of nine current or former world No1s in the draw was defeated in straight sets by Katerina Siniakova. Asked if she could return to the top of the game Azarenka, who gave birth to son Leo in December 2016 said. “No doubt about it. Maybe not today, but no doubt about it.”