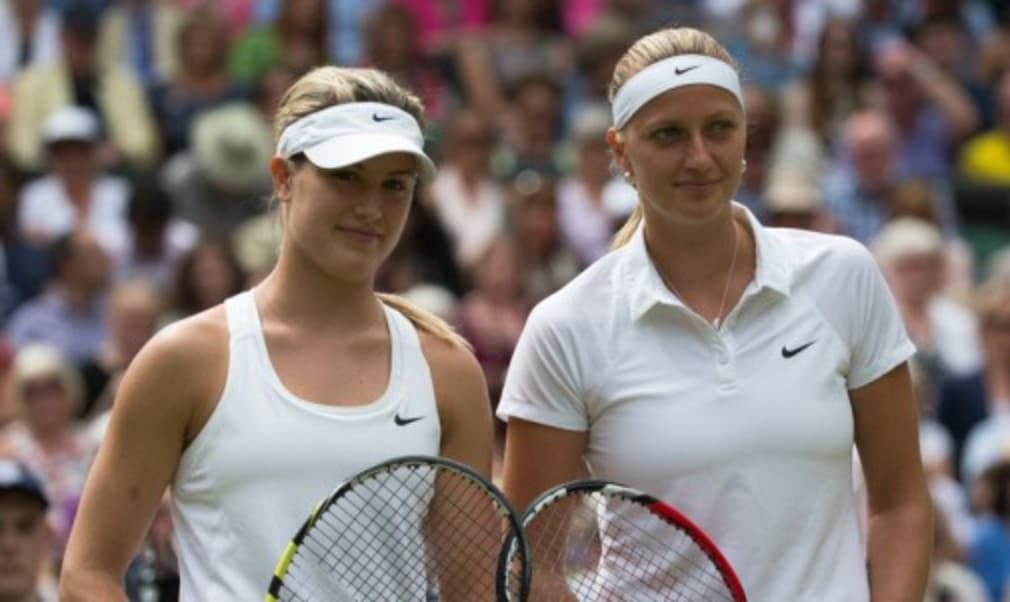 Kvitova made a blistering start to the defence of her title as the two-time Wimbledon champion needed just 35 minutes to defeat Kiki Bertens 6-1 6-0, but Bouchard’s poor run of form continued with a straight-sets defeat to world No.117 Duan Ying-Ying.

Two of last year’s semi-finalists failed to reach the second round as world No.3 Simona Halep, was another high-profile casualty as the Romanian lost 5-7 6-4 6-3 to Jana Cepelova on Court One.

Bouchard, who climbed to a career-high ranking of No.5 in October after a breakthrough season in 2014, suffered her 12th defeat in 17 matches as she fell 7-6(3) 6-4 to Duan. Bouchard revealed she had played through the pain after suffering an abdominal tear at Eastbourne last week.

"I have a grade 2 tear in my ab," she said. "[It] probably wouldn't have been smart to play here, but I couldn't pass on Wimbledon. So I did minimal preparation to save myself for the match.

"It's unfortunate that it happened at my favourite tournament of the year, that I won't get to play any more matches here this year. But I'm going to try to put it behind me and look forward. I'm going to take some time to heal and maybe not think about tennis for a little bit, then get right back to it."

By stark contrast, Kvitova was in clinical form as she lost just one point on serve and made just three unforced errors in a dominant display on Centre Court.

“I think in the first round, every time you are big favourite for the match,” said Kvitova, who will face Kurumi Nara in the second round. “It's a lot of expectation, not only for yourself, but the people around, the media and everything.

“It's just something you have to really handle it well.  The opponents are more relaxed every time you're playing someone in the top 10, for example.”