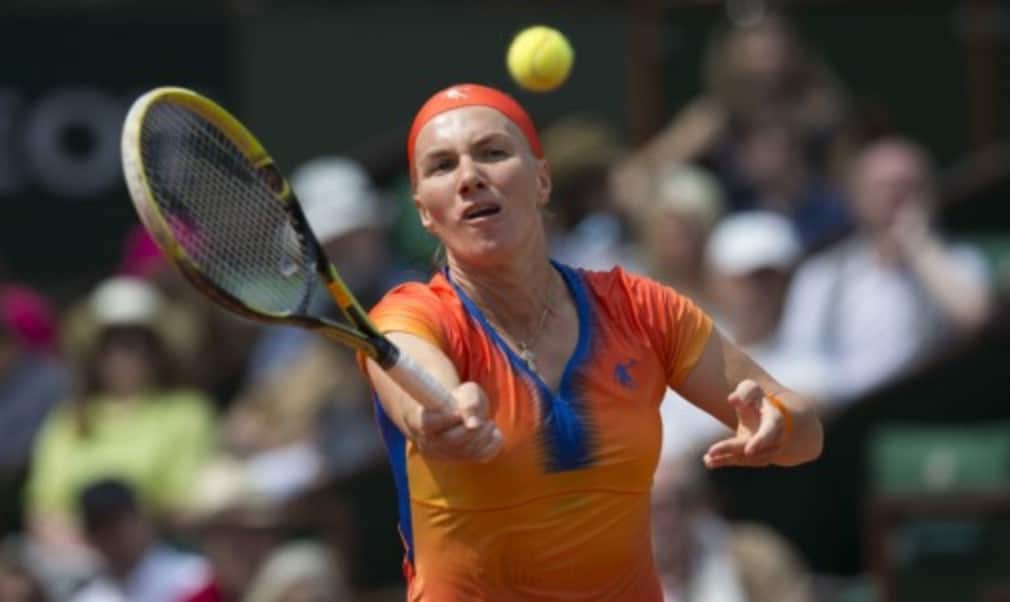 Kuznetsova fights past Kvitova but Ivanovic crashes out

After taking the opening set on a tie-break, Kvitova began to struggle with an injury and needed a lengthy off-court medical timeout. Kuznetsova, the 2009 winner, took advantage to level the match and then recovered from 3-1 down in the decider to lead 4-3. Still, Kvitova had two chances to serve out the match, only to be broken both times and see the Russian seal victory in three hours and 15 minutes.

“It was an unbelievable match,” said Kuznetsova, who had not beaten Kvitova before in three attempts. “I knew I was going out there and I was going to give everything I could and run every mile, every metre I could, and put as many balls back, be aggressive. I just tried my best, I left out there everything I could. I was very strong mentally and really happy with that.”

Kuznetsova will next face Lucie Safarova, who beat No.11 seed Ana Ivanovic for the fifth match in a row 6-3 6-3. Safarova had not made it past the second round in Paris since 2007 but improved to 5-2 against Ivanovic to make into the last 16.

Simona Halep, Sloane Stephens and David Ferrer all progressed into the second week without dropping a set. Halep, the highest seed left on the women’s side, beat Maria-Teresa Torro-Flor 6-3 6-0 while Stephens hit 16 winners to overcome Ekaterina Makarova 6-3 6-4 and advance into the fourth round in Paris for the third straight year.

“Definitely what I work on with Paul [Annacone, coach], it's developing," said Stephens. "It's a learning process, but it's been good. We're just going one step at a time."

The American will next face No.4 seed Halep, who said she is pleased with the way her game is progressing. "It's the third match in a row here where I played really good tennis. I feel really great now. It's not a surprise, because I'm more confident now in myself, and I feel the ball really well here. I love this tournament. I love to be here and I'm enjoying the moment now. It's my best of my career, and I have to be happy on court and to fight for my chance."

“It’s not easy to be the first seeded now during the tournament but I try just to keep the pressure away from me and just to play every match, because here at a Grand Slam every match is difficult.”

Last year’s finalist Ferrer improved his head-to-head against Andres Seppi to 7-0 with a 6-2 7-6(2) 6-3 victory in two hours and 20 minutes. The fifth seed will next face Kevin Anderson, who he beat in the fourth round last year, after the South African saw opponent Ivo Karlovic retire with a back injury at 6-3 down.

"I'm quite satisfied with the match," said Ferrer. "I would have liked to be more steady with my forehand and more consistent, but still, I'm happy. In the past five weeks I have started my matches in a more regular way, more consistent, I was more solid. I must say that as far as this is concerned, Josa [Altur, coach] has helped me a lot. We have worked a lot on this. That is how to kick off a match."