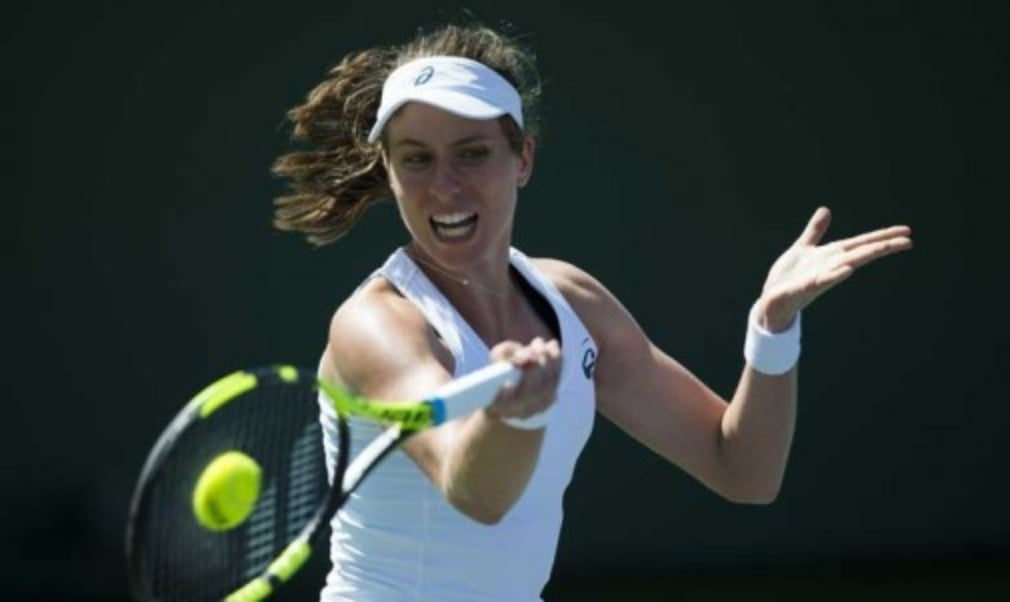 When Konta started the 2015 grass-court season, she was ranked No.147 in the world and few tennis fans knew much about her.

Then she produced an incredible run of results to end the year ranked an astonishing 100 places higher, before reaching the Australian Open semi-final and moving inside the top 30 for the first time. She is now up to world No.19 and everyone in tennis knows her name.

It all started with a couple of good wins over Magdalena Rybarikova and Monica Puig that carried Konta through to the quarter-finals in Nottingham last year. She then backed up that result with impressive wins over Ekaterina Makarova and Garbine Muguruza on her way to the last eightl in Eastbourne, and may have done well at Wimbledon too, if she hadn’t drawn Maria Sharapova in the first round and lost 6-2 6-2.

Konta describes herself as "very much the same" person she was before her meteoric rise, but admits she does now get more attention.

"During the tournaments, like Nottingham, it's reasonably small, the town centre is quite small, I got recognised a few times," she said. "But I'm sure that's not just me, that's quite a few of the players. I've always wanted to be successful at what I do and I continue to want to be so.

"I guess success in this field comes with more recognition and getting recognised more outside. It's not why I play the sport. It's not why I want to be the best I can be. It's just very much a side product."

Thanks to her success in Melbourne, Konta was invited to appear on The Jonathan Ross Show and The Clare Balding Show earlier this year. When asked about those TV appearances, she said: "I definitely enjoy the opportunity to be thrust into completely a different scenario, different situations, meeting people who I would not get to meet otherwise.

"But my profession is tennis and that's what I invest my life and my time in."

If Konta’s rise continues on the grass this year, the extra attention she has received so far will be just the beginning.