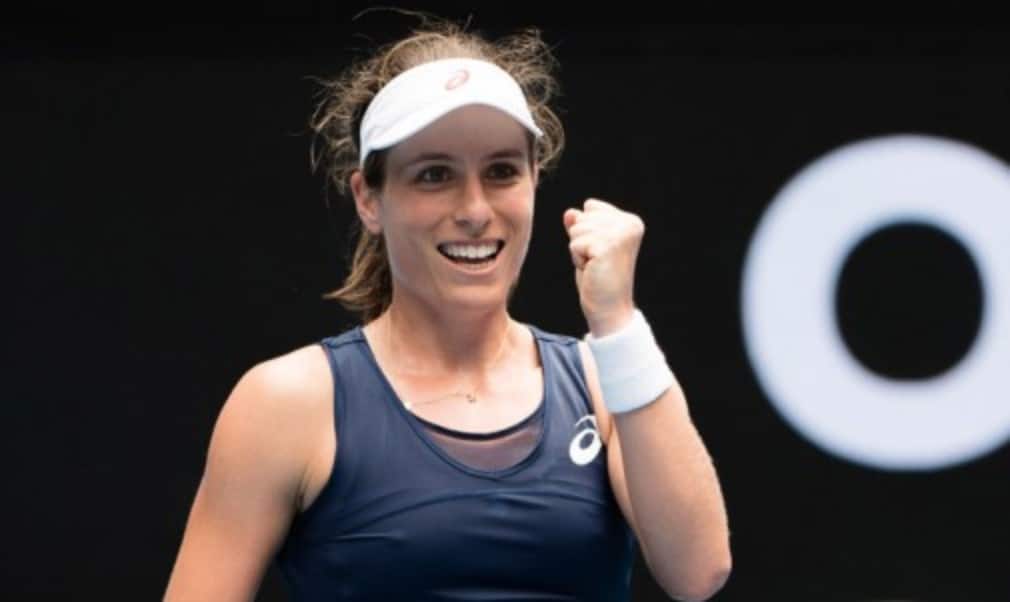 The British No.1 is yet to drop a set in Melbourne after beating the No.30 seed 6-1 6-4 in one hour and nine minutes on Margaret Court Arena.

Konta is making a habit of starting fast. In her third round match against Caroline Wozniacki she came out ready from the get go and today against 28-year-old Russian Ekaterina Makarova she did exactly the same.

She made a statement with the first point – an unreturnable 159kph serve –  and from then on, the Briton was in control of the first set. She had two break points in Makarova’s first service game, but needed only one of those to take a 2-0 lead.

Not only did the world No.9 serve well throughout the first set – winning 80% of points on her first serve, but she returned well too, breaking Makarova again in the sixth game. As at the start of the set, she began the seventh game with an unreturnable serve of 177kph and took the first of two set points with an ace. Konta won 50% of return points on Makarova's serve.

The set lasted 24 minutes. Konta’s first serve percentage was 78%; she hit 11 winners and got 85% of her returns in play.

The second set was more keenly contested and lasted 45 minutes. “There really wasn’t much in that second set,” said Konta, “I didn’t feel like I did too much wrong and she really just started playing some incredible tennis.”

The Russian managed to get a break in the fourth game of the second set as Konta’s first serve percentage dipped to 64% and Makarova began to find her way into the rallies. A semi-finalist in Melbourne in 2015, Makarova established a 4-1 lead, but Konta patiently worked through to break back for 4-3, converting her second break point with a cross court backhand strike that Makarova sent back wide.

Konta broke again two games later game. Despite going 0-40 as she served for the match, a non-returnable serve, a forehand down the line winner and an ace served down the ‘T’ gave her match point.

The match point serve was returned straight to her feet, but having set up a second she closed the match out with a nine-stroke rally drawing the error from the Russian.

“I'm happy I was able to then hang in there in that set," said Konta. "I trusted in the system that I was bringing to the court and what I was trying to achieve out there against her. I trusted in that. I’m happy to have come through.”