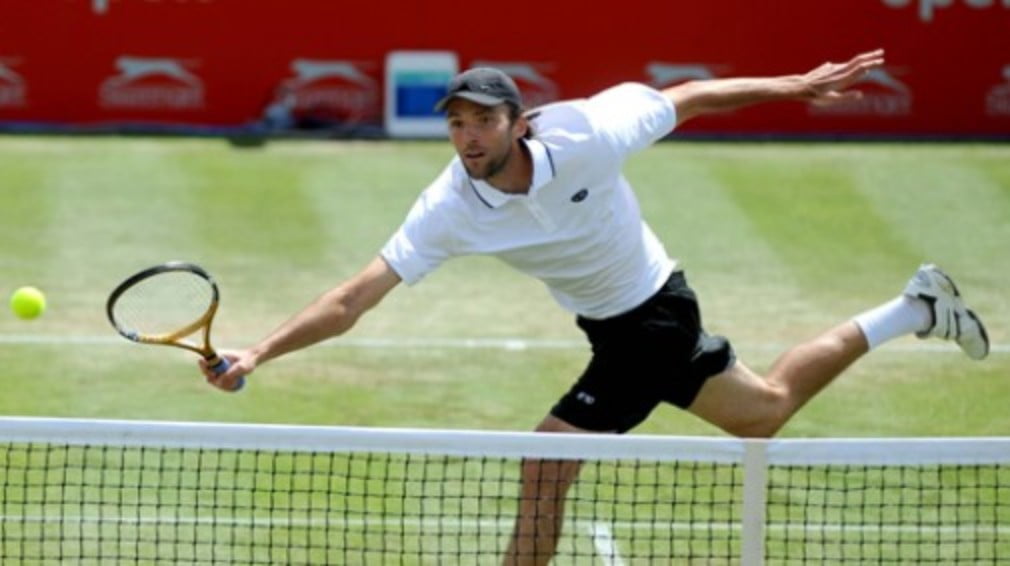 A wet day in the Midlands forced the final matches at the Nottingham Open, which will not host the tournament next year, to be played indoors. No matter to Ivo Karlovic, who defended his title with a narrow victory against Fernando Verdasco.

Karlovic came through 7-5 6-7(4) 7-6(8). The win, in nearly two and a half hours, means world number 35 will go into the Wimbledon Championships next week as one of the dark horses to win the title.

Both players then had match points in the third-set breaker, but another double fault handed Karlovic the win.

Earlier in the doubles, Jamie Murray lost out with partner Jeff Coetzee 6-2 7-6(5) to Bruno Soares and Kevin Ullyett.