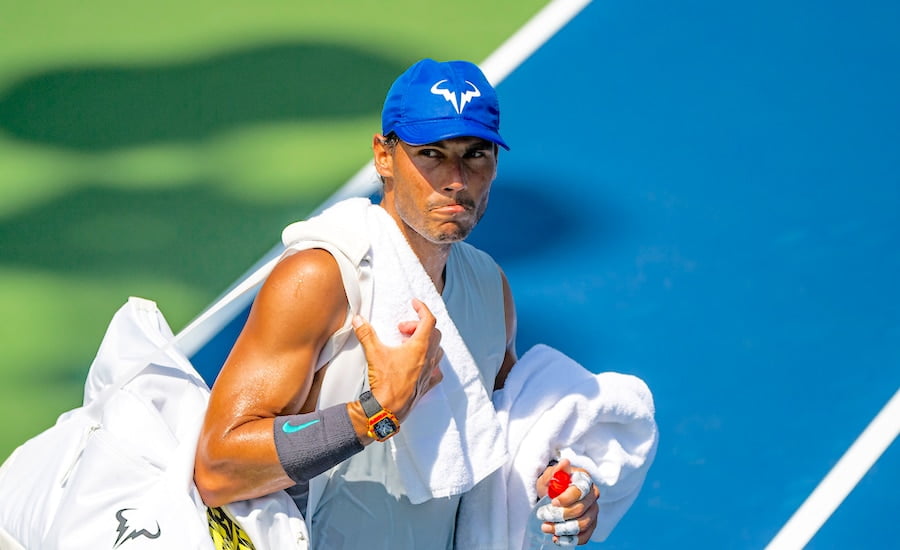 Rafa Nadal will be back to the world No.1 ranking very soon and is trying to focus on the last two big tournaments of the 2019 season in Paris and then London but he’s felt obligated to voice his opinion that certain parts of the tennis schedule aren’t right at the moment and that we need to find a solution

“But is true that there is an important thing that we were not able to make that happen for the last couple of years, that is the best players of the world playing usually playing the Davis Cup. So when this kind of stuff happens, you need to find solutions, so the solution was that and let’s see what’s going on.

“Of course we need to fix couple of more things on the tour to make a big, big competition, you know. I think two team tournaments, Davis Cup and ATP Cup in one month, is something that, in my opinion, is not good.

Nadal has won theDavis Cup three times so far in his illustrious career and he will be hoping to make it four when he lines up with his Spanish teammates in Madrid on November 18th. Before then he will try and win the ATP Finals at London’s iconic O2 arena. You can be there to watch him by entering our competition to win tickets.