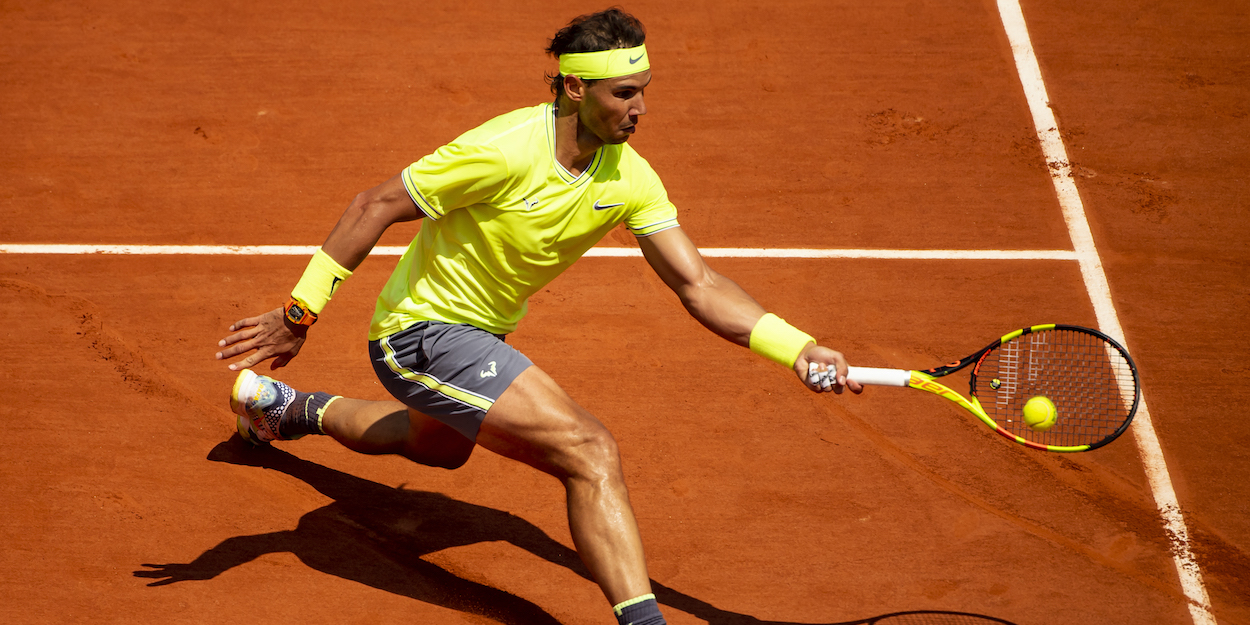 Despite the Spaniard’s decision to skip the US Open due to coronavirus concerns, he has only dropped six games so far in the tournament, beating Carreno Busta 6-1 6-1 and reigning Umag champion Dusan Lajovic 6-1 6-3.

After being out of action for over six months, Nadal has returned in fine form on his favourite surface and admitted that he is playing ‘much better than expected’, sending an ominous warning to his Argentinian opponent.

The nine-time champion has been dominant in Rome, appearing in 15 of 16 potential quarter finals in his career, with his last defeat coming in the 2017 edition against US Open Champion Dominic Thiem.

Unlike Rafael Nadal, the World No 15 has struggled to rediscover his form following the resumption after a shock defeat to Cameron Norrie in the US Open before losing unexpectedly to Serbian Laslo Djere in Kitzbuhel last week.

However, Schwartzman seems to have gathered momentum this week, beating Australian John Millman in straight sets 6-4 7-6(1) before recovering from a set down to overcome Hubert Hurkacz 3-6 6-2 6-4 to book his quarter final berth.

The Argentinian No 1 reached the semi-final last year after defeating Matteo Berrettini and Kei Nishikori before losing an epic three-setter against Novak Djokovic in the semi final. To reach the same stage this year, Schwartzman will need to beat the Spaniard for the first time after failing in his previous nine attempts, halting Nadal’s 12-match unbeaten run at the tournament.

The last meeting between the pair on this surface was in the French Open quarter final in 2018, with the World No 15 taking a surprise opening set before the 12-time Roland Garros champion prevailed, conceding just seven games in the following three sets.

Given the current form of both players and Nadal’s superior head-to-head record, it is very difficult to look past a straight sets victory for the Spaniard, which would see him face either Denis Shapovalov or Grigor Dimitrov in Sunday’s semi-final.