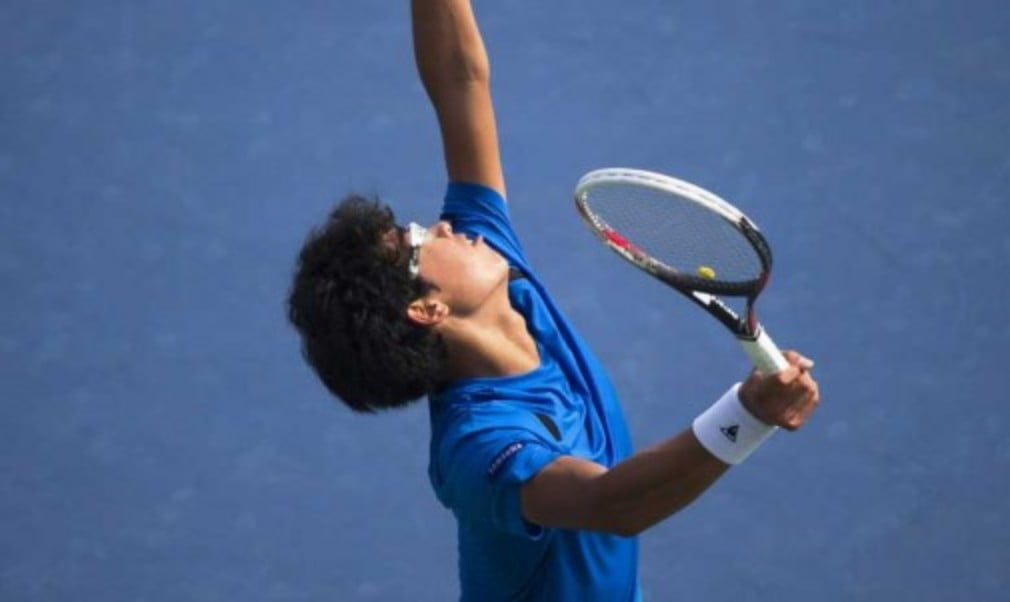 What makes Chung’s rise up the rankings more remarkable is the absence of any real tennis heritage in his home country. Born in Suwon, 30 kilometres south of Seoul, Chung’s father is a tennis coach and his older brother, Hong, also plays tennis, but most of South Korea’s big sports stars are footballers or skaters. “I hope tennis will become more popular,” said Chung.

Growing up in South Korea, Novak Djokovic was one of Chung’s idols. He had the chance to play the world No.1 at the Australian Open this year, and although Djokovic won in straight sets, the Serb was impressed by what he saw. “His baseline game is very good, very solid, especially from the backhand side,” said Djokovic, who went on to win the title in Melbourne.

“He has a very flat, strong backhand, solid shots, from both angles. Once he gets into a good rhythm, he can serve well. He’s a pretty tall guy. For somebody of his height, he moves very well, as well. He can play equally well from defence to offence. And he’s one of the players that people are talking about as a potential top player in the future.”

This is an extract from Hyeon Chung in tennishead Volume 7 Issue 2. For more great features, in-depth gear reviews and stunning images subscribe to tennishead today. ´è_´è_´è_