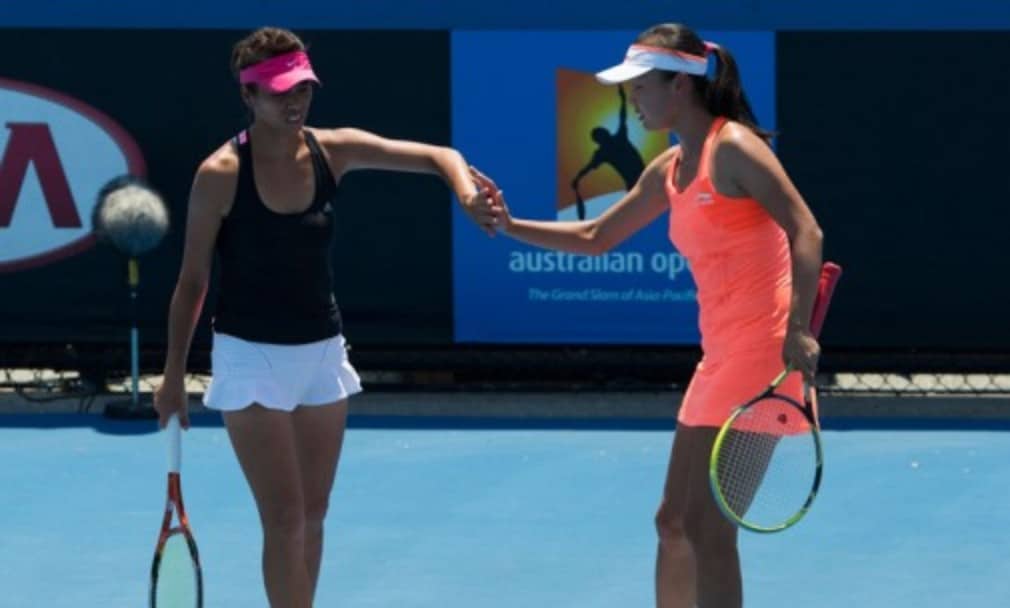 The duo have won seven WTA doubles titles over the last 12 months and are 11-0 in finals together.

"It is a great accomplishment for Hsieh Su-Wei to join Peng Shuai as co-World No.1s," said Stacey Allaster, the chairman and CEO of the WTA. "Not only are Hsieh and Peng a great doubles team, but they are an inspiration to the fans throughout the Asia-Pacific region."

Although they were beaten in the quarter-finals at the Mutua Madrid Open, Hsieh and Peng are currently third on the Road to Singapore leaderboard.

They have won titles this year in Doha and Indian Wells and Hsieh says it is a 'great feeling' to reach No.1 in the world.

"We have been working really hard as a team,” she said. “I was very proud of Peng reaching No.1 earlier this year and now I am happy we can share it."

"Our goal this year is to reach Singapore," Peng said. "It is nice to share the No.1 ranking with Su-Wei and we look forward to playing together the rest of the year, trying to reach the WTA Championships."

Peng and Hsieh are looking to defend their Internazionali BNL d'Italia title in Rome this week and have a bye through the first round.