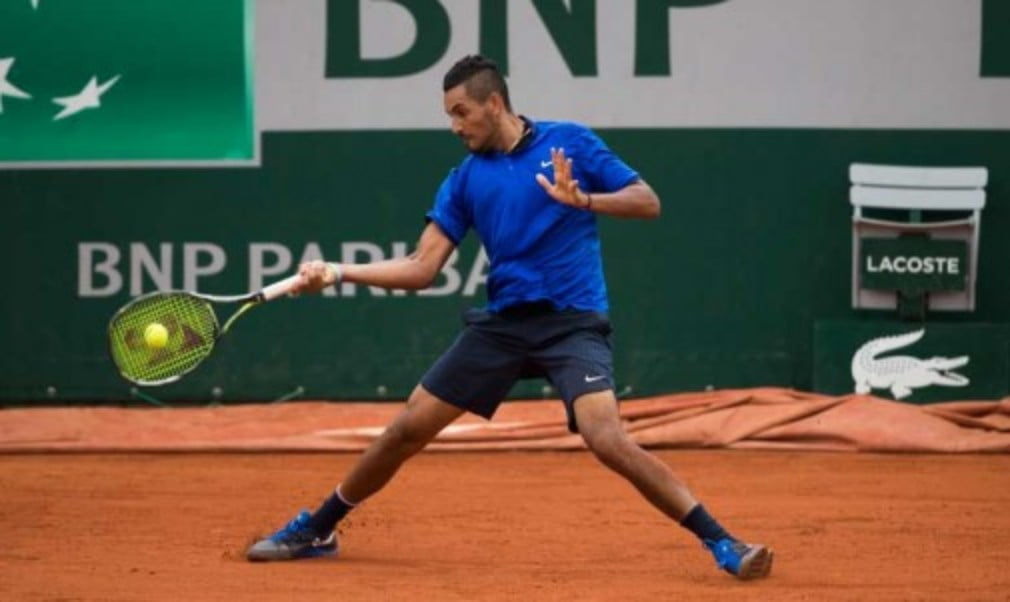 “He said, she said” Roland Garros Day One

"I thought it was a little bit rough. Yeah, I mean, I can't do anything about it now. Obviously it was just his personal opinion on how he thought that I went about it"
Nick Kyrgios on the code violation he received at the end of the first set. The Australian defeated Italian Marco Cecchinato 7-6 (8-6) 7-6 (8-6) 6-4

"For me he's a very, very good guy. I don't know what he said. I don't care. He played very good. He has big serve and I like him"
Marco Cecchinato on Nick Kyrgios

"He's just a good bloke."
Nick Kyrgios in answer to a question about the role of Lleyton Hewitt who was in his player box

"I played a lot of three-set matches, but it's not my plan when I'm stepping on the court, but if I have to, I really have to."

"First round at the French Open, it was complicated, but I'm delighted because I have advanced to the next round." Frenchman Benoit Paire, who defeated Moldavian qualifier Radu Albot 6-2 4-6 6-4 1-6 6-4

"I also had family and friends here, so I could feel the support, which helped me a lot definitely."
Swiss qualifier Viktorija Golubic, who defeated American Alison Riske 6-2 1-6 6-2

"Mesdames et messieurs – Tous les matchs sont terminés pour aujourd'hui"
After a day of rain delays, play was cancelled for the day shortly after 18:30 local time with just 10 of the 32 scheduled matches completed.