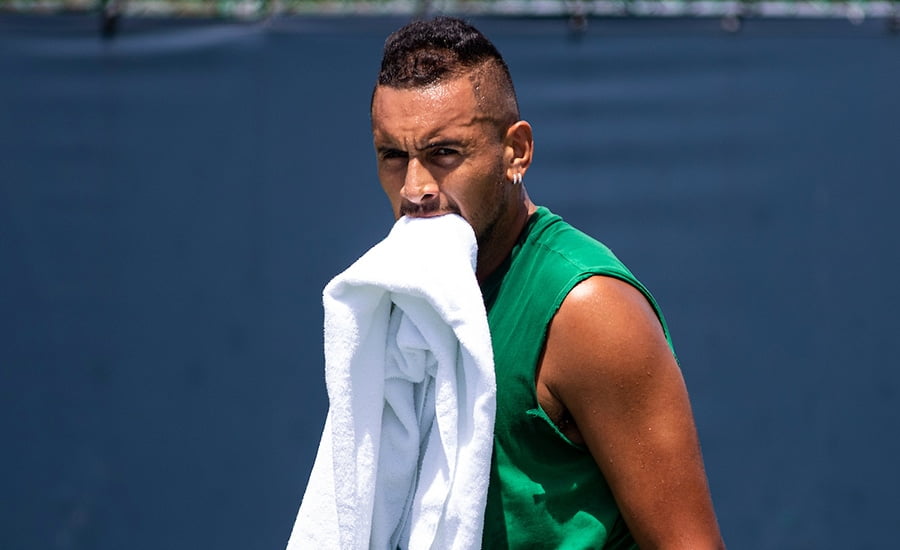 Lleyton Hewitt has moved to repair his rift with Nick Kyrgios by recalling the controversial 24-year-old to the Australian Davis Cup team.

Hewitt dropped Kyrgios last February, accusing him of failing “cultural standards.” However, that positioned has now obviosuly softened, with the two-time Grand Slam winner talking very positively about what Kyrgios will being to the table.

“Nick’s a different character and I understand that and we’re not always going to put everybody in the same box,” Hewitt said.

“You’ve got to deal with different personalities in all kind of sports, and I feel like I know Nick as well as anyone.

“I feel like on the Davis Cup court he’s done everything I’ve needed in the past whenever he’s been a part of the team. He hasn’t put a foot wrong.

“The great thing is, he has a great relationship with all the players as well.

“It’s kind of about him wanting to be a part of the team and do the right things day in day out.

Nick Kyrgios is currently serving a suspended six-month suspended, which will immediately be triggered should his on-court behaviour falter.

That, though, is only applicable to ATP events, which the Davis Cup is not.