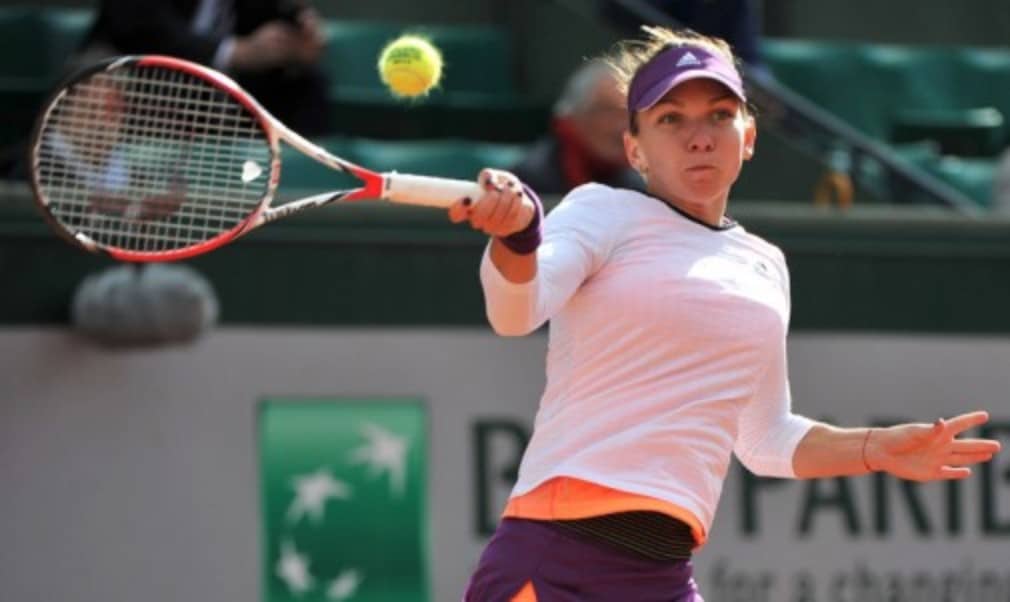 There’s a curse brewing in New Haven. In 2012, it hit Agnieszka Radwanska; a year later Sara Errani; and now, in 2014, Simona Halep – the third top seed in succession to lose her opening match at the Connecticut Open.

Halep, the world No.2, struggled with her backhand throughout the three-set tussle with Magdalena Rybarikova. The Slovakian worked hard to disrupt her rhythm with her slice and regular forays to the net, frustrating the Romanian – and yet Halep still seemed to have control of the match, battling back to take the match into a decider after allowing the first set to drift away.

Normal service appeared to have resumed until consecutive double-faults derailed Halep at 3-2 40-0 and helped the Slovakian move ahead in the third. Try as she might – and she fought until the very last ball – the top seed could not find a way back; break points came and went, but Rybarikova served out a 6-4 2-6 6-3 victory.

“She played really well today,” conceded Halep, who heads to the US Open with two wins on the American hard courts this summer. “It was a good match for me, but always when I lose I’m a little bit sad. I have to take the positive things from today and go forward.”

For world No.68 Rybarikova, the career-best victory was her first against an opponent ranked inside the top five, but she erred on the side of caution when considering its significance ahead of the US Open.

“I was just trying to mix up my game and make her think,” Rybarikova said. “I think I was playing smart. I served well when I was supposed to. I was trying to stay calm but I got very nervous, especially the last game.

“I’m the kind of player who you don’t know what to expect from,” she admitted. “I lose to so many players that I should not lose to, and I beat players I should not beat, with my ranking. Last year I reached the last 16 in Cincinnati and I lost first round in the US Open to a player I had just beaten – but yeah, it’s very good for the confidence to beat such good players.”

Halep was not the only seed to fall in the second round. Earlier in the day, No.6 seed Flavia Pennetta, struggling with dizziness early in the match, fell 6-1 6-4 to Alison Riske, the lone US player left in the draw. Riske will face Rybarikova for a place in the semi-finals on Thursday.

There were no such problems for Petra Kvitova, however, as the No.2 seed made light work of Ekaterina Makarova in a 6-2 6-1 win. With a second Wimbledon trophy at home beside the first – “I have twins now!” – Kvitova admitted she struggled to rediscover her appetite for competition after the emotional high of her second win at the All England Club, but is starting to rediscover it just in time for the US Open.

“I felt a little bit empty," Kvitova admitted. "I didn’t really have the emotions to fight too much. It was a big success, so it was never going to be easy afterwards.”