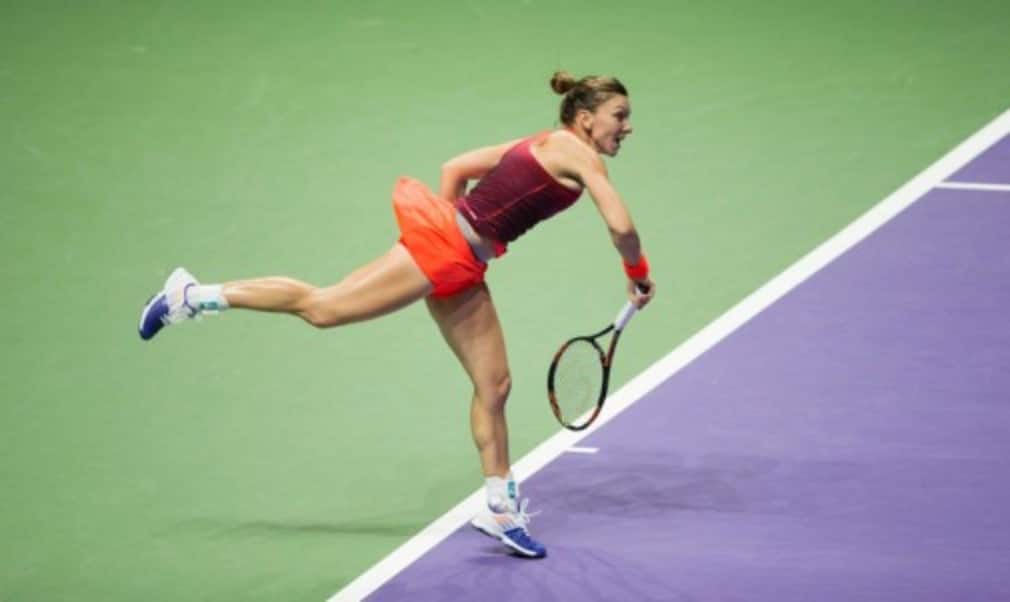 The Romanian, who suffered a painful defeat to the Brit at the quarter-final stage of Wimbledon, recorded a 6-4 7-6(1) triumph to maintain her hopes of becoming world No.1 next week alive.

Despite the comfortable scoreline, it was far from straightforward for Halep. The No.2 seed served for the match on two occasions but faltered on each time before completing the job in a one-sided tiebreak.

Halep, into her sixth semi-final of 2017, will take on Sloane Stephens next. The American’s productive spell on hard-courts continues as she bossed proceedings against Julia Goerges and scored a 6-1 7-6(3) victory.

Garbine Muguruza was the first player to book her spot in the last four. The Spaniard withstood a spirited fightback from Svetlana Kuznetsova to edge a bruising tussle 6-2 5-7 7-5.

After the high quality lengthy duel, the Wimbledon champion said: “I think it was probably one of the best matches of the year because I felt like we both played very well – especially in that third set.

“”I’m happy the way I’m playing and the way I’m going through these tough matches, because, you know, I’ve got to dig in and somehow win them.”

Karolina Pliskova showed just why she is the world No.1 as she tasted success twice in one day. The defending champion overcame the erratic Camila Giorgi 6-3 4-6 6-0 before securing just her third win at the eighth attempt over Caroline Wozniacki.

The Czech did not drop serve as she dispatched the Dane – who reached the final of the Rogers Cup last week – 6-2 6-4 in just 67 minutes.