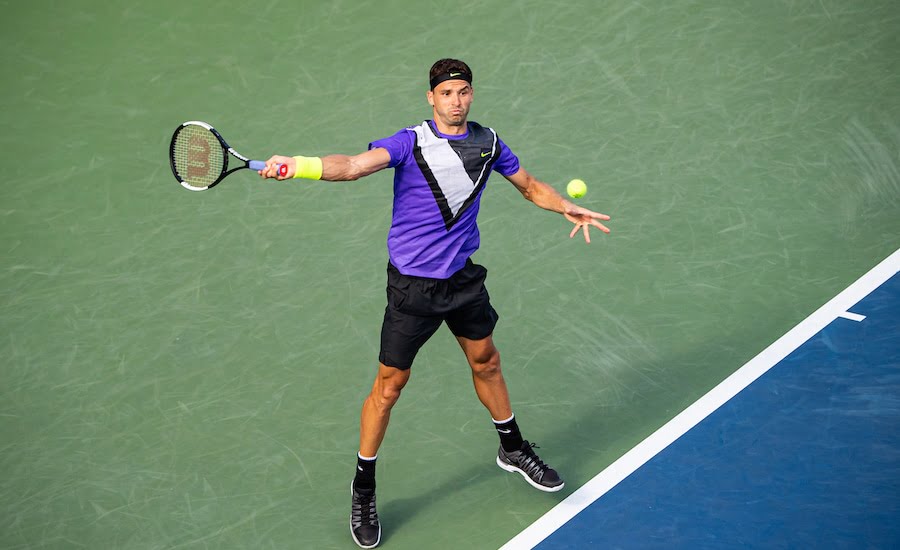 Bulgarian player Grigor Dimitrov missed out on seven weeks of the 2019 Season after succumbing to an injury in the right shoulder. Can he get back to his best in 2020?

Grigor Dimitrov was forced to withdraw from several tournaments in 2019 due to him needing to rehab his shoulder after injuring it earlier in the year. Despite spending a lot of time off of the court, you would not be able to tell with his incredible serve back to its best.

Dimitrov was the first Bulagarian male tennis player to win an ATP singles title when he triumphed at the 2013 Stockholm Open. This great athlete has secured eight ATP titles since going pro in 2008, but has not won a title since the Nitto ATP Finals in 2017.

The Bulgarian star had a rocky 2019 season in terms of ranking likely due to the amount of time he had out of the game for his injury. He began the season at No.21, before falling all the way to No.78 in August. However he managed an impressive rise back up to secure himself No.21 for the end of 2019. Will he be able to climb higher and even claim another ATP title in the 2020 season?