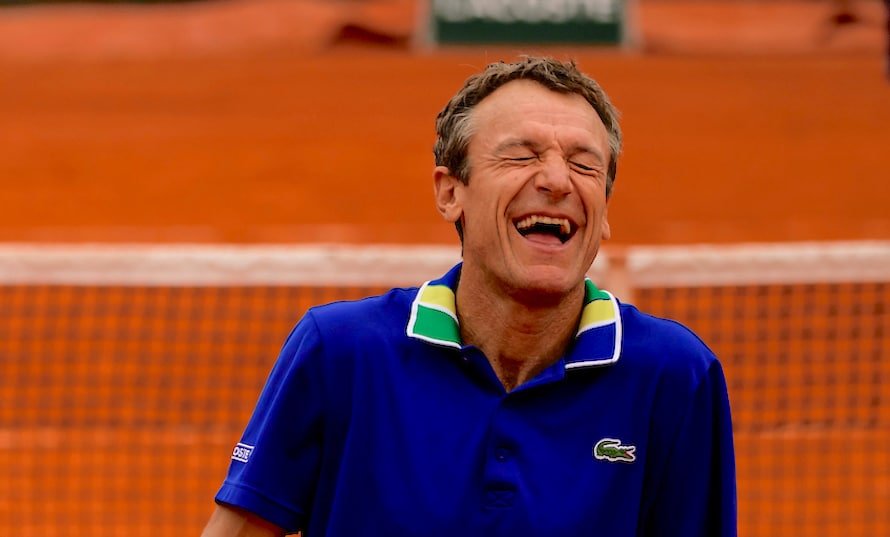 If you think it’s just the players that get competitive at Wimbledon then think again as Mats Wilander showed by pointing out the number of players that have made a name for themselves even though they lost!

Mats Wilander is the face of Europsort’s tennis coverage but he’s also a 7 time Grand Slam winner which means he’s very competitive and that streak was never more apparent when he was being quizzed on the prospect of relatively unknown British youngster Jay Clarke facing Federer at Wimbledon tomorrow.

Wilander said, “The experience will be amazing for a 20 year old in his home tournament. It will be unbelievable and I know people who have made a living out of nearly beating top players. I wasn’t exactly in Roger’s class and it happened to me when I was seeded here – someone like Andrew Castle took me to five sets in the first couple of rounds and it was huge.”

Andrew Castle is now a well respected tennis commentator and TV personality having had stints on popular breakfast TV show GMTV as well as regular appearances as part of the BBC tennis commentary team. Before his TV career he was a professional tennis player who reached a career high ATP Ranking of 80 in the world and total prize money of $344,337.

My favourite moment from #Wimbledon today.

Wilander went on to say of the Clarke v Federer clash, “It is huge for Jay Clarke, though, and he’ll be looking forward to it. It’s tricky for the Brits when they play the top guys here – are you playing to win or are you playing to save face? If you don’t play to win against Federer then you are going to look like you can never compete. However, you’d rather play Federer than Nadal or Djokovic at this stage if you had to choose.”