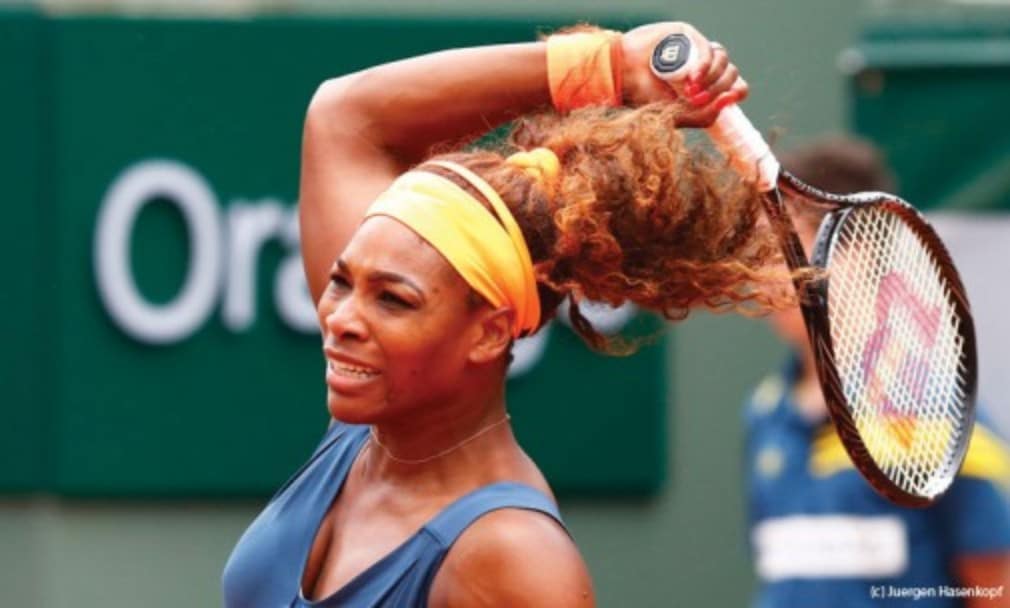 While 2013 French Open men’s champion Rafael Nadal will start the Paris major as favourite to defend his title, the same is true of the women’s singles where American world No.1 Serena Williams will be expected to claim back-to-back victories after she beat Maria Sharapova in the final last June.

Williams has twice proved – last year and back in 2002 – that her upbringing on American hard courts won’t stop her mastering the French clay, but her last two visits are evidence that you never quite know what to expect when she hits the Roland Garros dirt in late May.

Back in 2012 she crashed out in round one to Frenchwoman Virginie Razzano and, after teaming up with current Paris-based coach Patrick Mouratoglou following that defeat, came back 12 months later to sweep aside all before her.

At 32 years of age, as she enters the twilight of her career, motivation to win the biggest events certainly isn’t an issue. Rejuvenated after being hospitalised with a pulmonary embolism in 2011, the American now owns 17 Grand Slam singles titles, a tally which puts her tantalisingly close to emulating fellow greats Chris Evert and Martina Navratilova, who each hold 18. It looks more and more likely Serena will eclipse that duo during the remainder of her career, and Steffi Graf’s Open era record of 22 is now well within touching distance.

Of her challengers, Chinese world No.2 Li Na – January’s Australian Open champion and a former winner at Roland Garros – looks like her sternest rival. Li has proved she has the temperament to handle the biggest stages, although has lost her last 10 meetings with Williams, dating back to 2008.

Maria Sharapova, another former champion, is always a threat thanks to her tenacity and incredible fighting spirit, and she has proved with back-to-back wins in Stuttgart and Madrid that she is now comfortable on clay. However, she too owns a dismal record against Serena – the Russian hasn’t beaten the world No.1 for a decade.

Aga Radwanska has struggled to stay 100% fit for much of this season – a must when taking to the clay – but Ana Ivanovic could be ready to challenge again in Paris six years after lifting the trophy. The Serbian has won two titles this year and also reached the semi-finals in Rome and the final in Stuttgart, where she lost to Sharapova after taking the opening set.

Still, given her one-sided record against most of her rivals, Serena will arrive in the French capital feeling very confident indeed.

The favourite: Serena Williams. Twice a former champion and a 17-time Grand Slam winner, the American will hope to draw level with Martina Navratilova and Chris Evert on 18 major singles titles by winning in Paris. Still the player to beat in the women’s game, if her mind is on the job she is a class apart. Also has the benefit of feeling at home in the French capital – she is coached by Paris-based Patrick Mouratoglou.

The darkhorse: Dominika Cibulkova. Always a talented performer, her run to the final of this year's Australian Open has appeared to give her the belief she required to consistently take on the world’s best. A semi-final showing in Miami pushed her into the world’s top ten for the first time and her appetite for a scrap, boundless energy and fantastically positive body language on court will serve her well on the clay.

The home hope: Alize Cornet. With last year’s Wimbledon champion Marion Bartoli now but a distant memory on the WTA tour, French support will rest on the shoulders of Alize Cornet. The 24-year-old has enjoyed some good form in 2014, beating Serena Williams on her way to the final in Dubai in February. With a decent draw, she’ll be hoping at least to keep the flag flying into the second week.