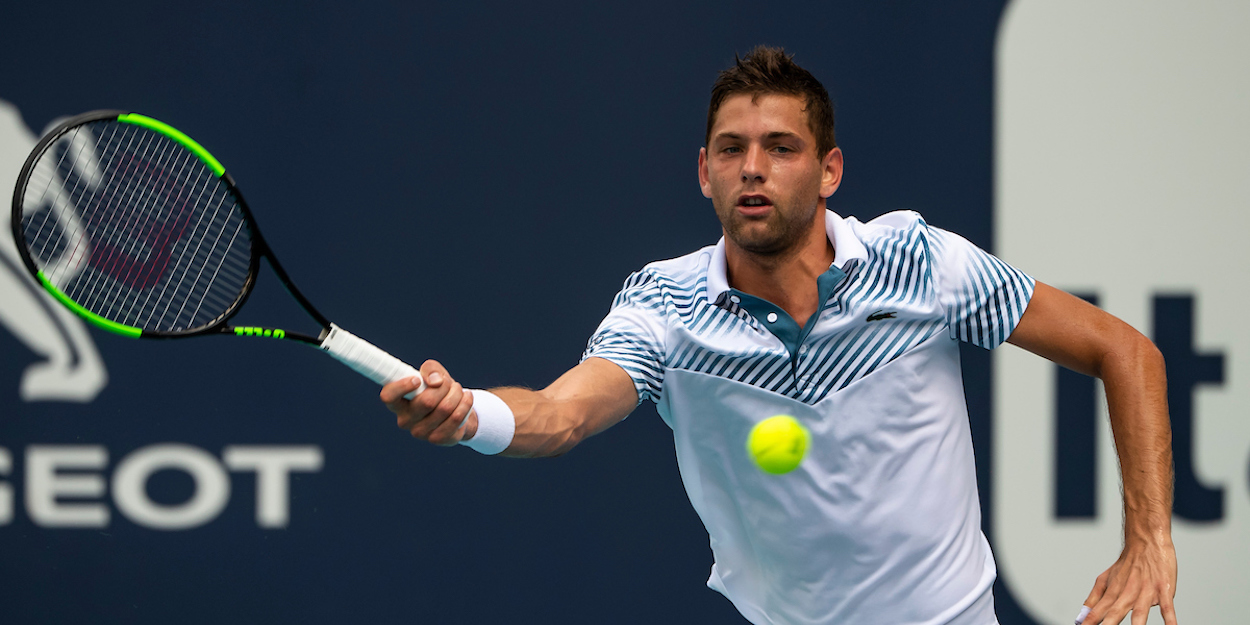 World No 30 Filip Krajinovic has announced his split from coach Janko Tipsarevic after working together for a year.

Janko Tipsarevic became coach when Krajinovic was ranked 40th in the world, taking the Serbian to a career high ranking of 26 in August this year.

“After one year, Janko Tipsarevic and I have decided to end our collaboration,” Krajinovic announced, per Jelena Medic.

The 28-year-old enjoyed success shortly before and following the shutdown, beating Andrey Rublev in straight sets to reach the quarter-finals of Rotterdam before defeating Dominic Thiem to reach the same stage at the Cincinatti Masters.

Novak Djokovic had high praise for his compatriot following his rich vein of form: “The decision to work with Janko is great, I am really glad that Janko accepted to travel with him – in order to accept such a project, those trips and time together are necessary. He has great potential, talent.”

Since then, Krajinovic has struggled for form, losing his last three matches including a disappointing first round loss to fellow Serbian and World No 135 Nikola Milojevic in the first round of the French Open last month.

Despite reaching a career high of 26 earlier this year, the Serbian is yet to feature in the fourth round of a Grand Slam, with his career best result coming in the Paris Masters in 2017, where he defeated the likes of John Isner and Nicolas Mahut before falling short to Jack Sock in the final.

The Serbian is now looking for the tenth coach of his career ahead of the Australian Open in January.