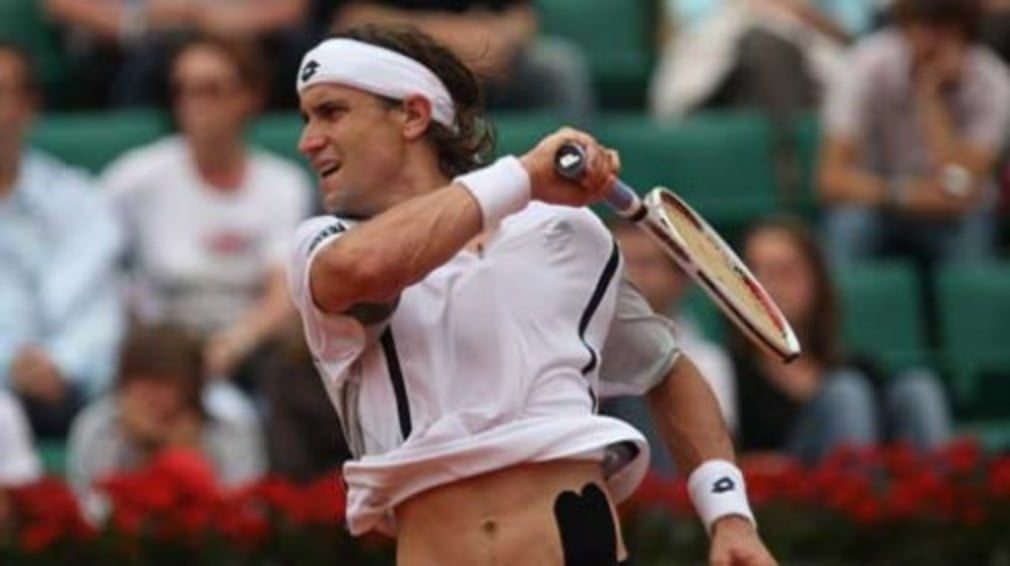 Even London buses couldn’t claim this one. A Spaniard had not won on grass for 36 years before Rafa’s Queen’s win last weekend, but in the run-up to Wimbledon two more Spaniards are bidding to make it three titles in a week.

Top seed David Ferrer and unseeded Frenchman Marc Gicquel are through to the first grass-court final of their careers at the Ordina Open in Holland.

World No. 5 Ferrer dispatched Argentine Juan Martin Del Potro in just under an hour and a half. After winning a tight first set on a tie-break, the Spaniard produced two breaks in the second set and never looked in danger on his own serve, winning 7-6(4) 6-1.

Gicquel recovered from a set down to defeat Argentinian No.7 seed Guillermo Canas 3-6 6-0 6-4, to reach only the third final of his career.

Ferrer, an Australian and French Open quarterfinalist this season, will be appearing in his 12th career final, seeking his seventh title. The 31-year-old Gicquel, meanwhile, has never won an ATP event, but has a 2-0 win-loss record against the Spaniard.

Meanwhile, in Nottingham, defending champion Ivo Karlovic beat Gael Monfils of France 7-6 (4), 7-6 (4) Friday to reach the Nottingham Open final. Monfils struggled with a shoulder injury but managed to break the hard-serving Karlovic twice during the match. The No.8 seed hurt his shoulder before the match and did well to adapt his tactics to make a game of it.

“I felt it before a little bit, but today it was worse,” he said. “I couldn’t serve and at the end of the match; I couldn’t play. I came into the net more because I wanted to shorten the points.” But the Frenchman does not expect the problem to hinder his Wimbledon campaign.

No.4 seed Karlovic will face Fernando Verdasco in the final after the Spaniard beat Marin Cilic of Croatia 6-3, 6-1 in the other semifinal. Rafael Nadals Artois Championships title was the first on a grass court for a Spaniard since Andres Gimeno in 1972, but with Ferrer and Verdasco through to the finals, Spanish players could claim three of the four major grass-court titles prior to Wimbledon.