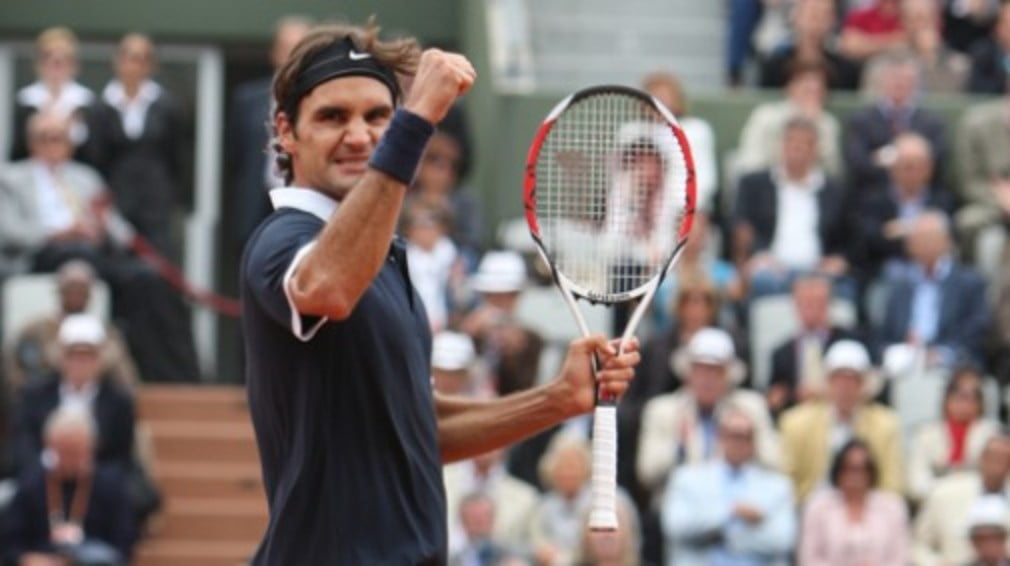 Federer sees off Monfils to set up Nadal showdown

World No.1 Roger Federer will face Rafael Nadal at Roland Garros for the fourth year in succession after beating unseeded Frenchman Gael Monfils 6-2 5-7 6-3 7-5 in the semi-final.

Federer, who needs to win the French Open title to complete a career Grand Slam, set about blitzing Monfils from the offset, breaking to love in the opening game of the match. The Swiss looked poised to follow Nadal’s example in the afternoon’s previous semi-final: lead from the off and dominate proceedings.

Monfils, bidding to be the first Frenchman to reach the final at Roland Garros in 20 years, was clearly out of sorts in the early exchanges and called for the trainer to administer eye-drops at the first break in play. It later emerged that a part of his contacts lenses had dislodged and affected his eyesight.

Playing the world No.1 is hard enough without blurred vision, but Monfils battled on, losing the first set and quickly going s break behind in the second. At that moment Federer appeared to take his foot off the gas – and Monfils responded brilliantly. After breaking back in the next game, the Frenchman suddenly had the tournament’s top seed on the back foot, landing a succession of enormous groundstrokes from both his forehand backhand sides.

Federer attempted to contain the sudden resurgence but Parisian Monfils, buoyed by an understandably partisan crowd, all of a sudden proved too much. Errors crept in to the Swiss ace’s repertoire, and the set slipped away when, at 5-6, he binned a simple volley into the net at deuce and went long on the next point to gift the Frenchman a way back into the match.

Even after facing Fernando Gonzalez in the quarter-finals, there are few opponents Federer will have faced who can produce the weight of shot that Monfils managed on occasion. But the 12-time Grand Slam champion underlined the reasons for his dominance of the men’s game in recent years, raising his game in the early stages of the third set and racing to a 5-1 lead before eventually clinching it 6-3.

It was business as usual in the fourth, as Federer did enough to each the sharp end of the set unbroken, while Monfils held on for dear life to do the same. It is no wonder that the Frenchman is a perennial visitor to the physio’s table, playing as he does with so little regard for his own well-being. On court, Monfils describes himself as a rat, scurrying after everything, and Federer continued feeding him scraps.

The Swiss saved break points in games 3, 5, and 7 of the fourth set, but ultimately Monfils did well to prolong the match after facing match points at 5-4 – one saved with an ace to rapturous applause from a euphoric home crowd – but could do little two games later as Federer finally sealed his final berth in little over three hours.

“The key was the first game when he allowed me to break and after that he was behind all the time,” said Federer afterwards. “But he held on and battled hard and I am just relieved to have gone through.”

“It was hard to play against him. He is such a great talent and now he has shown it on a big stage.”

Monfils was left ruing the contact lens that had affected him in the early exchanges.

“I couldn’t see well, so I tried to put some eye drops in at the beginning of the match,” the Parisian confirmed. “Then it didn’t work, so I asked the doctor to come on the court. That didn’t work. I am disappointed, there was an opening for me there.”