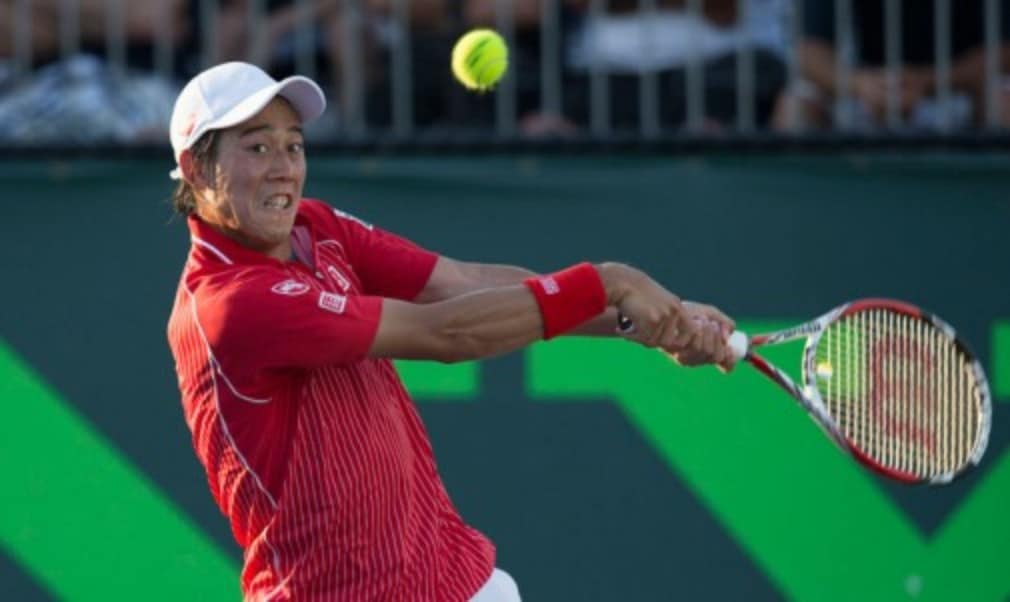 The Japanese No.1 claimed his second successive upset against a Top 5 player as he came from behind to defeat Federer 3-6 7-5 6-4, having saved four match points to beat world No.4 David Ferrer in the fourth round.

"I'm feeling good, of course, to beat Roger," said Nishikori, for whom Florida is a home from home, having trained at the IMG Bollettieri Academy since he was 14. "I thought I really played well, especially in the third set. I was hitting both deep and striking well. Everything was going well. There were a couple of tough moments, but I was fighting through and I'm happy to win."

Federer, who twice led by a set and a break, was denied a semi-final rematch with Novak Djokovic after falling to the Serb in the Indian Wells final. Djokovic, who remains on course for a fourth title in Miami, knocked out defending champion Andy Murray 7-5 6-3 to reach the semi-finals.

"I think Kei does really well controlling the ball," Federer said. "He has great technique, especially on the backhand, very simple, very short back swings, so he does a really nice job of having good timing.

Nishikori, who defended his US National Indoor Tennis Championship title in Memphis last month, reached a career-high ranking of No.11 last June but recently slipped out of the Top 20.

However, after recent victories over the likes of Grigor Dimitrov, Ferrer and Federer, the Swiss predicts it will not be long before Nishikori, who is coached by former French Open champion Michael Chang, establishes his place in the game’s elite.