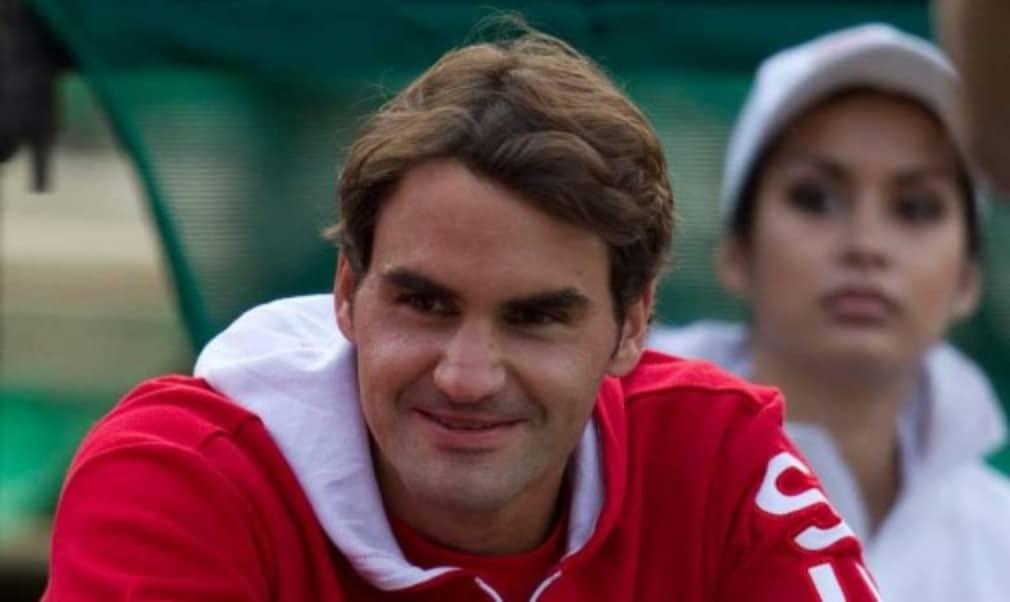 The world No.2 was forced to withdraw from the final of the Barclays ATP World Tour Finals in London on Sunday after injuring his back during his semi-final win against compatriot Stan Wawrinka at The O2.

However, after training for the first time on Wednesday, he has done enough to convince Swiss captain Severin Luthi that he is fit to take on Jo-Wilfried Tsonga and Gael Monfils at the Stade Pierre-Mauroy in Lille.

“Obviously if I’m stepping out on court it means I can play,” Federer told reporters at Thursday’s draw ceremony. “That's most important. It’s a difficult match regardless."

Federer will take on Gael Monfils on Friday in the second singles rubber after Swiss No.2 Wawrinka kicks off the bid to win a first Davis Cup title for Switzerland against French No.1 Jo-Wilfried Tsonga.

Luthi has named Marco Chiudinelli and Michael Lammer to take on Julien Benneteau and Richard Gasquet in Saturday’s doubles rubber, but depending on how Friday’s singles go, he might be tempted to gamble with Federer and Wawrinka, who won Olympic men’s doubles gold at the Beijing Games in 2008.

If the results go according to the seedings and the Swiss win the opening two singles rubbers and the French take the doubles, Federer could clinch the victory for Switzerland on Sunday in the reverse singles rubbers against Tsonga. Wawrinka is scheduled to meet Monfils in the final rubber on Sunday.

As world No.2 and No.4 respectively, Federer and Wawrinka will be favourites on paper to win their singles rubbers, although France captain Arnaud Clement had a wealth of riches to draw from, with enough strength in depth to omit World No. 21 Gilles Simon, who lost narrowly to Federer in the Shanghai Masters final in October.

“It’s always tricky. The players are well matched in terms of their level and results. I had to make a choice,” said Clement.

The same quartet beat defending champions the Czech Republic 4-1 in the semi-finals at Roland Garros. Gasquet was the star as he beat Tomas Berdych in straight sets and partnered Tsonga to doubles victory. Switzerland beat Italy 3-2 in their semi-final, with Wawrinka and Federer both beating Fabio Fognini in straight sets.

“It is a childhood dream that I’m living, there is just one step to go but it’s a relatively high step,” said Tsonga. “I hope that I will be at the highest level and we’re going to fulfil the challenge that awaits us with this team. We’re thinking every day about the matches against Federer and Wawrinka and each training session will help us be read for the final. It is a combination of fear and excitement.”

France are looking to win their tenth Davis Cup, after last winning in 2001. They last reached the final four years ago, when Monfils and Simon were part of a side that lost 3-2 to Serbia. France lead the head-to-head against Switzerland 10-2, having won the last meeting in 2004.