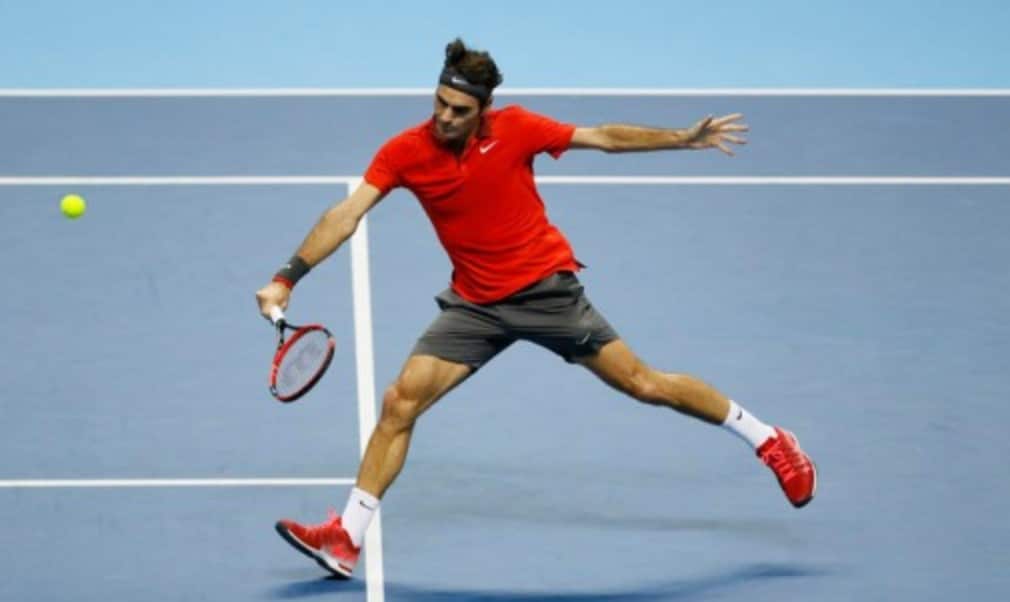 Murray took to court knowing that only a straight-sets win against the 17-time Grand Slam champion was good enough for a place in the semi-finals, but saw his hopes vanish as Federer roared to a 6-0 6-1 victory in London.

Federer’s place in the last four was already secured by virtue of Kei Nishikori’s 4-6 6-4 6-1 victory over David Ferrer earlier on Thursday, but the Swiss did not let up as he bageled the home favourite in the opening set.

Murray had not beaten Federer since the 2013 Australian Open but made a promising start as he went 0-30 in the opening game, but quickly lost his grip on the match as Federer won 100% of points on his first serve in the first set to hand Murray his first bagel since August 2010.

It was more one-way traffic in the second set as Federer failed to give the Scot a look in as he raced to a 5-0 lead. Serving to avoid the first 6-0 6-0 defeat of his professional career, Murray managed to get on the board, but it merely delayed the inevitable as Federer wrapped up victory in 56 minutes.

“I knew I was qualified so maybe I went into the match a bit more relaxed but I have been in this position before and it has been difficult for me,” said Federer. “It was not the way I thought [the match] would go.”

"It's not a nice way to finish the year," admitted Murray. "I know there's obviously a lot for me to work on now [but] I didn't feel like I was playing that badly going into the match. If I want to start the season with an opportunity to win in Australia, I'm going to have to put in a lot of work, that's for sure."

Federer goes into Saturday’s semi-finals with three wins from his round-robin matches, finishing top of Group B ahead of Nishikori, who won the first three-set match of this year’s singles competition against first alternate David Ferrer after Milos Raonic withdrew with a thigh injury.

Ferrer won the opening set but US Open runner-up Nishikori bounced back, hitting 41 winners to secure his 55th match win of the season and reach the semi-finals on his debut at the event.

“I don’t know why I always win in the third set,” admitted Nishikori. “You have to be really fit to play three sets. But for me, I think it’s more mental. Stay there all the time and be more positive and strong.”