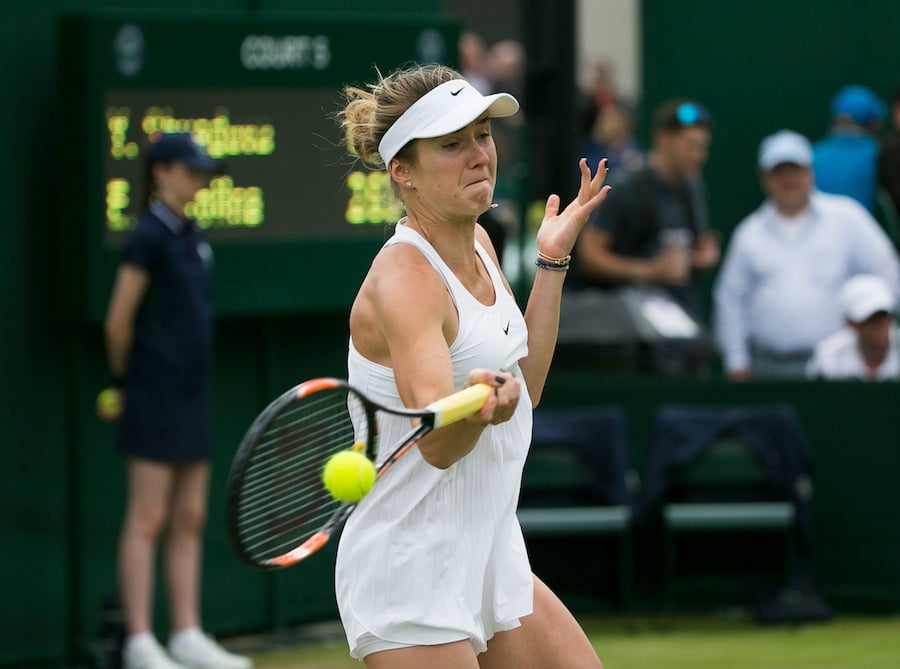 Ukrainian Elina Svitolina will bid for her first Grand Slam semi final appearance as she takes on Karolina Muchova on Court One today.

The two met for the first time this year, when they played in Doha. At the season’s opening tournament, Svitolina got the better of Muchova 6-4 6-2. Today will be the first time they have clashed in a Grand Slam match.

Born in Odessa, 24 year old Svitolina is making her seventh appearance at Wimbledon. The former world number three had never been past the fourth round at Wimbledon, with her only appearance in the second week at SW19 coming 2017 when she lost in straight sets to French Open winner Ostapenko. Svitolina was knocked out of Wimbledon in the first round last year in a surprise defeat to Tatjana Maria.

The 2018 WTA Finals champion has never been past a Grand Slam quarter final. She has made two at the French Open in 2015 and 2017, and at the Australian Open the last two years. Losses to Ivanovic, Halep, Mertens and Osaka have prevented her ever making a semi final.

Svitolina has only dropped a set on route to her first Wimbledon quarter final. She beat Daria Gavrilova 7-5 6-0 in round one and she was a set up against Margarita Gasparyan before her Russian opponent retired due to injury. Greek Maria Sakkari forced Svitolina to a deciding set in the third round, before the Ukrainian comfortably beat 24th seed Petra Martic 6-4 6-2 in the fourth.

22 year old Karolina Muchova has reached the Wimbledon quarter final on this her debut appearance at SW19. The best Grand Slam performance the player from Olomouc had had before this fortnight was a third round appearance in the US Open in 2018. She will bid the become the first debutant to reach the semi-final since Alexandra Stevenson did in 1999.

Muchova is the lowest ranked quarter finalist, and beat Krunic, Brengle and 20th seed Kontaveit in straight sets in her first three rounds, before beating Eastbourne Champion Karolina Pliskova in marathon fourth round, winning 13-11 in a deciding set.

The winner of this match will face either seventh seed Simona Halep, or Wimbledon quarter final debutant Zhang Shuai in the semi final Thursday.