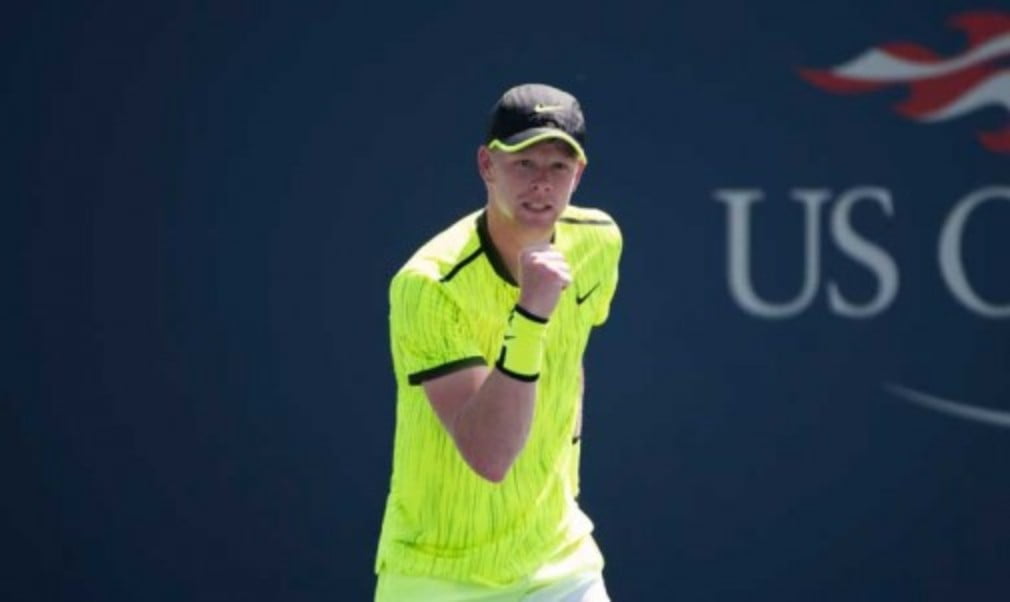 “It was definitely one of the best wins of my career,” said the 21-year-old. “It was very encouraging the way I played and the way I handled myself. I thought I was smart with the way I played.

“I had a good summer,” added Edmund, who also beat Gilles Simon at the Aegon Championships and has tested himself against both Novak Djokovic and Andy Murray this season. “Those matches [against] top players give you more experience, more confidence in your game.”

Edmund will face 20-year-old wildcard Ernesto Escobedo in the second round after the world No.201 profited from Lukas Lacko’s retirement. Edmund beat the American in the first round of a Challenger event in Binghampton last summer.

“It’s a good opportunity,” said Edmund. “On paper he is not as highly ranked as someone like Gasquet. But again you have to respect the opponents. The worst thing you can do in sport is get ahead of yourself.

“I can’t remember a huge amount of the match because it was a year ago,” he added. “I will watch a little bit of tape of him.”