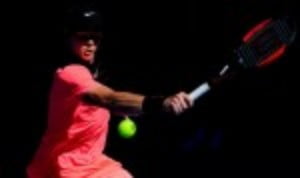 The British No.1 used his meaty forehand to good effect as he dominated his lowly-ranked opponent and ensured a swift passage through to the next stage.

Edmund, the highest ranked seed left in the competition, will challenge either Mischa Zverev or Malek Jaziri for a place in the semi-finals on Friday.

It took the No.2 seed time to settle, but once he found his groove, Albot was forced to retreat and absorb significant punishment.

"Radu puts a lot of balls in court, so I knew I had to beat him, instead of him giving me the match," said Edmund. "It gives me another opportunity the day after to play again and that is the main thing."

It’s been a difficult few months for the Yorkshireman – due to injury and illness – since his run to the semi-finals of the Australian Open in January, however he appears to be relishing his return to a surface he enjoys.

Edmund is an accomplished clay-courter and he is at ease with the red dirt beneath his shoes. He has the firepower to prosper in the coming weeks, but his immediate task is trying to snare a first ATP title in Morocco.

In the other half of the draw, Nikoloz Basilashvili upended Lamine Ouahab and Joao Sousa dismissed Mirza Basic 6-3 4-6 6-4.

Kyle Edmund's matches this week are being streamed live on his Facebook page.