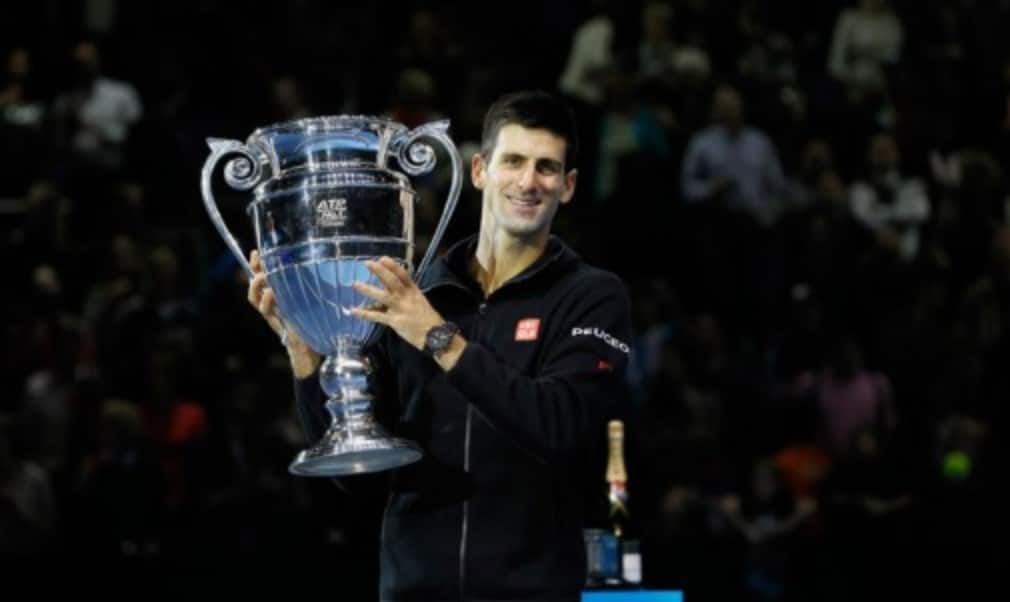 Djokovic reaches semis in London to secure No.1 ranking

The Serb extended his remarkable unbeaten streak on indoor courts to 30 matches as he made light work of Tomas Berdych 6-2 6-2 on Friday.

By virtue of winning the opening set, Djokovic sealed his place in the semi-finals, but he did not take his foot off the gas as he wrapped up a clinical victory in 69 minutes.

Having dropped just five games in his first two matches, Djokovic continued in a similar vein against Berdych, grabbing a double break to lead 4-0 before the Czech was able to respond.

It was a clinical performance from the Wimbledon champion, who did not face a single break point and converted 100% of points off his first serve in the second set, while Berdych finished the match with eight winners and 19 unforced errors, compared with Djokovic’s 18 winners and 10 unforced errors.

Victory saw him top Group A to set up a semi-final clash with Kei Nishikori and the chance to avenge his US Open semi-final defeat to the Japanese. The pair have each won twice in four meetings, but Djokovic won the most recent encounter en route to the BNP Paribas Masters title in Paris earlier this month.

By reaching the semi-finals, Djokovic also ended Roger Federer’s hopes of overtaking him in the ATP rankings to become only the seventh man in ATP history to finish the year as No.1 on at least three occasions.

"Obviously I hoped I could continue the way I played in the first two matches," said Djokovic. "It has been a long year, a long season, it's an incredible achievement and I want to thank my team and my family and all the people who supported me. Being No.1 in the world is the biggest challenge a tennis player can have. It's an incredible feeling and I'm very happy."

Stan Wawrinka completed the semi-final line-up on Friday evening with a 6-3 4-6 6-3 victory over Marin Cilic. Despite needing to win just three games to secure his place in the last four, the Australian Open champion battled back from a break down in the final set to set a semi-final clash with compatriot Federer on Saturday evening.