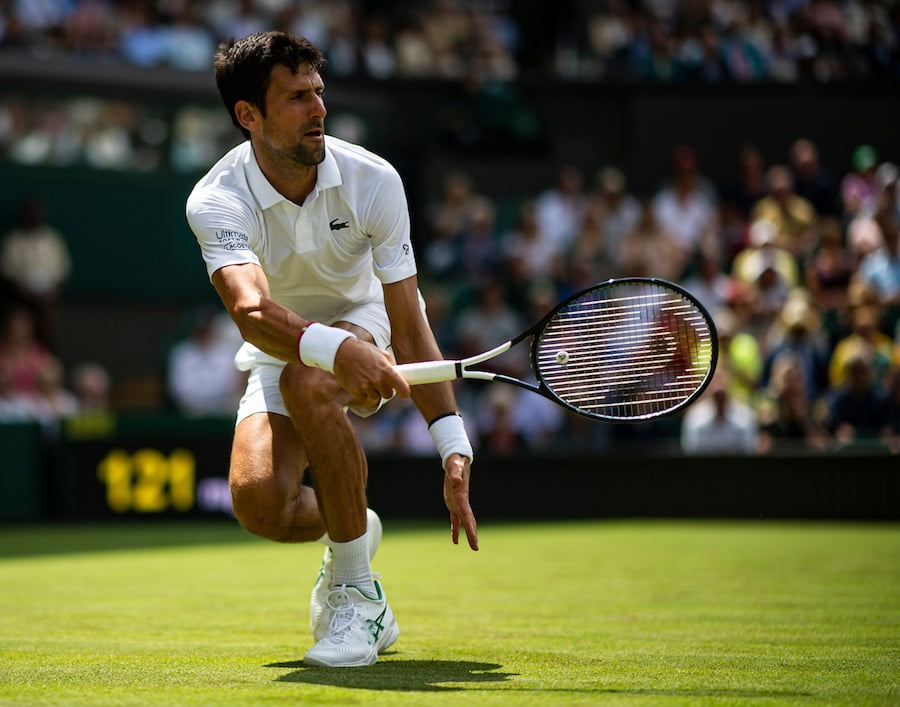 World number one Novak Djokovic continued his bid to win a fifth Wimbledon in impressive style, as he beat Ugo Humbert 6-3 6-2 6-3.

The Serb was able to gain advantage of the first set early on, when in a 20 shot rally the left-handed forehand of the 21 year old Frenchman found the net, to give Djokovic a 3-1 lead.

Playing for the first time at SW19, Humbert upset teenage 19th seed Felix Auger Aliassime of Canada in the third round, in an imposing straight sets victory. Ranked 66th in the world and playing at his first Wimbledon, the youngster did not let the break get the better of him, and continued to fight with confidence in the first set. But a confident service hold from the 2018 champion wrapped up the set 6-3.

Playing in his eleventh, Djokovic has never lost in the fourth round of Wimbledon. And after Humbert gifted the Serbian a series of unforced errors on his second service game in the second set, the man from Belgrade did not look like he was going to lose today. He won 11 consecutive points to take a 3-1 lead.

With a consecutive break later in the set after a French forehand went long, the 15 time Grand Slam winner sailed to 6-2 second set victory.

Despite being two sets down Humbert started the third set confidentiality, looking comfortable behind serve until 3-3, when Djokovic played an immaculate return game to gain his fourth break of serve of the match. The Serb then backed this up in the next game to break again and steal the set 6-3 to progress to the quarter finals.

Coming into the match Djokovic had only lost one of his last 30 Grand Slam matches, when he lost in the semi-final to Dominic Thiem at the French Open last month.

Next up for the reigning champion is David Goffin, who will be making his first ever quarter final at Wimbledon, and third at a Slam. Djokovic boasts a 5-1 record over the Belgian, but did lose their last meeting two years ago on the clay courts of Monte Carlo. The pairing have never met on grass, but Goffin has a 10-2 record on the surface this year.