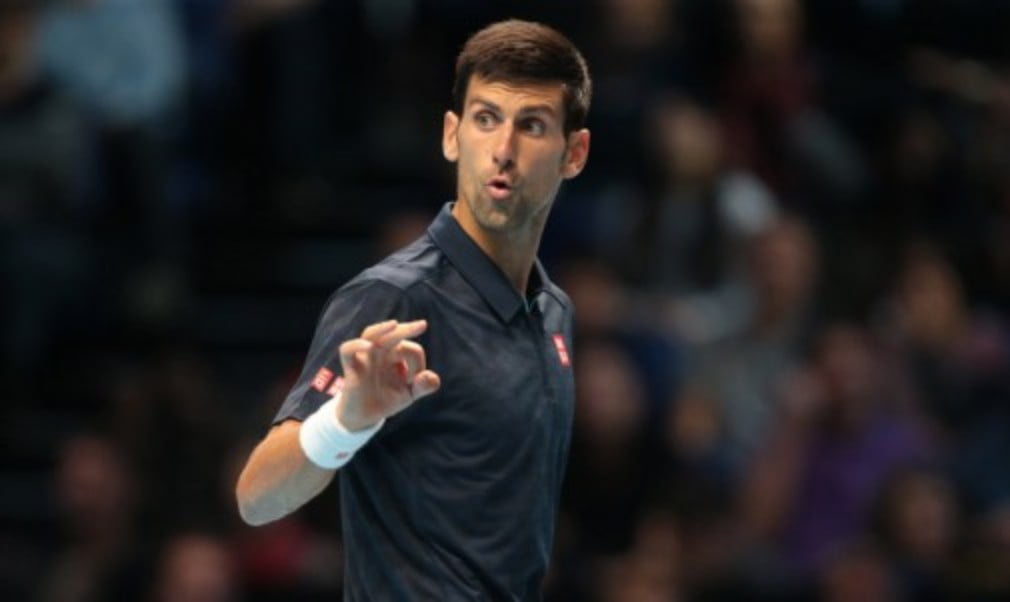 The world No.2 sealed his place in the last four – and guaranteed he would finish top of Ivan Lendl group following a 7-6(6) 7-6(5) victory at London’s O2 Arena on Tuesday evening.

Djokovic’s win ended Gael Monfils’ hopes of progressing following the Frenchman’s 6-3 1-6 6-4 defeat to Dominic Thiem earlier on Tuesday. After recording his first victory in London, Thiem will now play Raonic on Thursday in a straight shootout for the other semi-final berth.

While Djokovic extended his unbeaten record against Raonic to eight matches, he was made to work for the win; Raonic was left to rue a series of missed opportunities against the Serb – converting two of seven break points, compared with Djokovic's perfect conversion rate of two from two.

The Canadian had only won one set in seven previous meetings against the 12-time Grand Slam champion, but he let a 3-1 lead in the first set tiebreak slip from his grasp, and after saving set point he gifted Djokovic the opening set with a double fault.

After sneaking a tight opening set it looked like Djokovic might run away with the match, breaking in the opening game of the second set. However, a combination of some bold shotmaking with a near impenetrable first serve saw Raonic twice come from a break down to continue to put pressure on the Serb, who was faced to save set point to force another tiebreak.

But as he so often does, Djokovic held his nerve, and after two hours and 14 minutes on court, and the most captivating singles contest of the tournament so far, the five-time champion got over the line.

"I managed to hang in there mentally and stay strong and believed that the opportunities would come and that I could take them," said Djokovic. "Milos was hanging in there and only one or two points separated us in the second set. It could have gone either way this match. He's such a strong player and has got firepower."