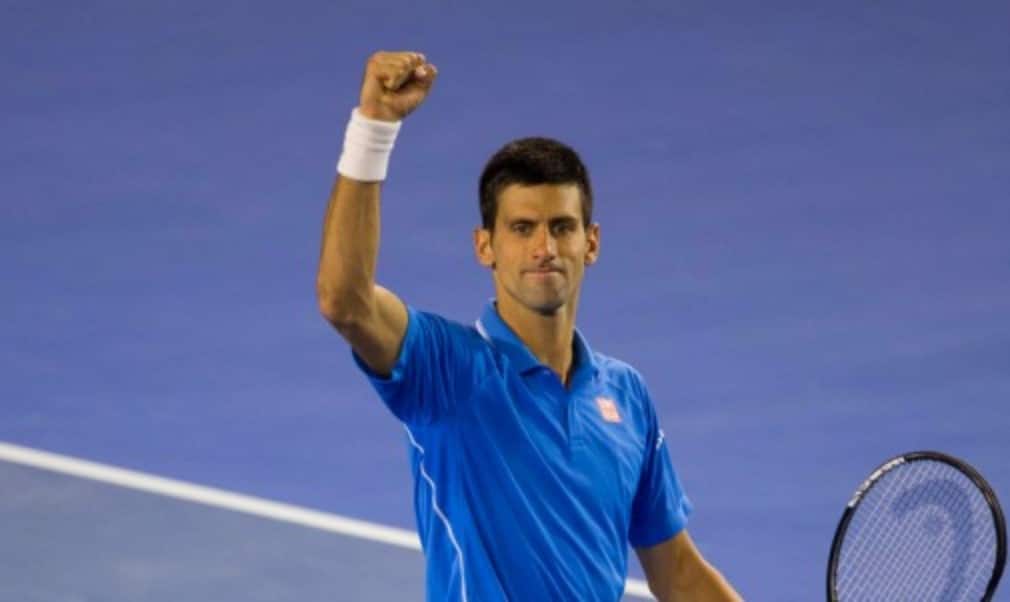 The top seed was far from his best, but still was able to avenge last year’s quarter-final defeat to the Swiss as he reached his fifth final in Melbourne.

Wawrinka is the only man to have beaten Djokovic in Melbourne in the past five years, when he beat the defending champion en route to his maiden Grand Slam title in 2014. The world No.4, who came agonisingly close to beating the Serb in the fourth round in 2013 (Djokovic won 12-10 in the fifth set), emerged victorious after five scintillating sets as he went on to lift the title with victory over Rafael Nadal in the final.

While the 2015 edition did not live up to the first two encounters, it still went to five sets as Wawrinka stretched an out-of-sorts Djokovic with 42 winners, but was left to rue 69 unforced errors.

“I was ready for a battle,” Djokovic said. “It was a great battle, we pushed each other to the limit and credit to Stan he is a great competitor and I wish him all the best.

“I think I played well, I was two sets to one and a break up and I just played a couple of loose games and another couple of unforced errors allowed him to come back. Stan is a quality player and he knows how to use opportunities and he made my life very complicated on court.”

Murray, who beat Tomas Berdych 6-7(6) 6-0 6-3 7-5 in Thursday’s semi-final, is bidding to win a third Grand Slam title, having finished runner-up in Melbourne on three occasions – falling to Roger Federer in 2010 and to Djokovic in 2011 and 2013. Murray may have won only eight of his previous 23 meetings against the Serb, but he will go into the final high on confidence after impressive wins over Grigor Dimitrov, Nick Kyrgios and Berdych en route to the final.

After a cagey start from both players, it was Djokovic who blinked first, but a loose service game from Wawrinka saw him gift the Serb his advantage straight back. A lob winner from Djokovic followed by a shanked return from Wawrinka saw the first set slip from the defending champion’s grasp as Djokovic strolled through the tiebreak.

However, in their past two marathon clashes in Melbourne, the player who has lost the opening set has gone on to win the match. After saving a pair of break points in his first game, Wawrinka began to find his rhythm once again as he began to come out on top in the baseline exchanges.

Djokovic had only dropped his serve once in his first five matches, but he handed the Swiss a second break in the match after a rare double fault, as Djokovic dropped his first set of the tournament. With the momentum firmly in Wawrinka’s favour at the start of the third set, Djokovic hung onto his serve in a tight opening game.  But after another trade of breaks, it was the top seed who snatched the third set as Wawrinka netted a forehand on set point.

After going down an early break in the fourth, Wawrinka made all the running and Djokovic did not hit a single winner as the Swiss leveled to force a fifth set for the third year running. Wawrinka looked to be on top heading into the final set, but after squandering an early break point with a wayward backhand, the match began to slip away from him.  A double fault in his opening service game proved costly as Djokovic broke before the Serb raced through the final set to wrap up victory in three-and-a-half hours.