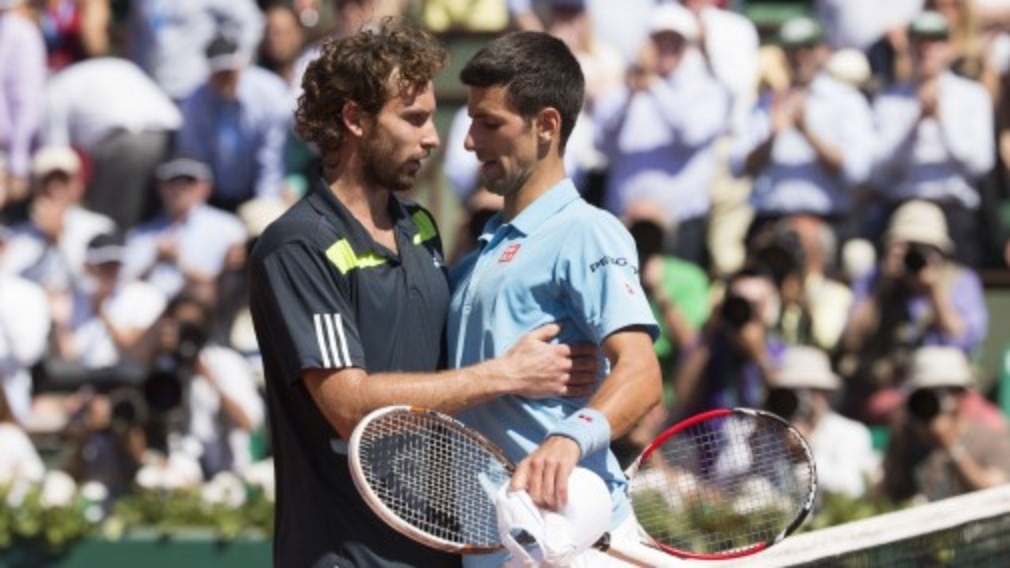 The Serbian advances to his second Roland Garros final joining Andre Agassi, Roger Federer, Ivan Lendl, Rafael Nadal and Ken Rosewall as Open Era players who have reached multiple finals at each of the Slams.

On Court Philippe Chatrier, finally drenched in sunshine, Djokovic defeated the Latvian for the sixth time in seven meetings.

Speaking after the match, the 25-year old Latvian said that he was not used to playing these kind of big matches but added: “I can take one positive side out of the match: that I could still win a third set feeling that nervous and that extra tired, and I saw that he was feeling the same."

Djokovic, who will complete his career Grand Slam and overtake Nadal at the top of the world rankings with victory on Sunday,  said: "The first two sets went well. I thought I played well, very solid, putting a lot of returns back in the court, serving at the high percentage. Then suddenly midway through the third set started to feel physically fatigued a little bit, and you could feel that. You could see that both me and him, we struggled on the court. It happens, you know. It happens in the tournament, and important thing for me is that I realise what's going on. It's nothing serious. I'm going to have now two days of recovery and get ready for the final."

The Serb took two hours and 36 minutes to see off Gulbis, who was playing in his first Slam semi-final. Djokovic broke twice in the opening set and then only lost 12 points on serve in the second as he established a commanding lead. Gulbis, though, showed he is up for the fight as he broke for 5-3 in the third set with a fine backhand winner. The Latvian, who will break into the top 10 of the rankings for the first time on Monday, struck an ace to take the next game and the set, only for Djokovic to regain control in the fourth to seal victory.