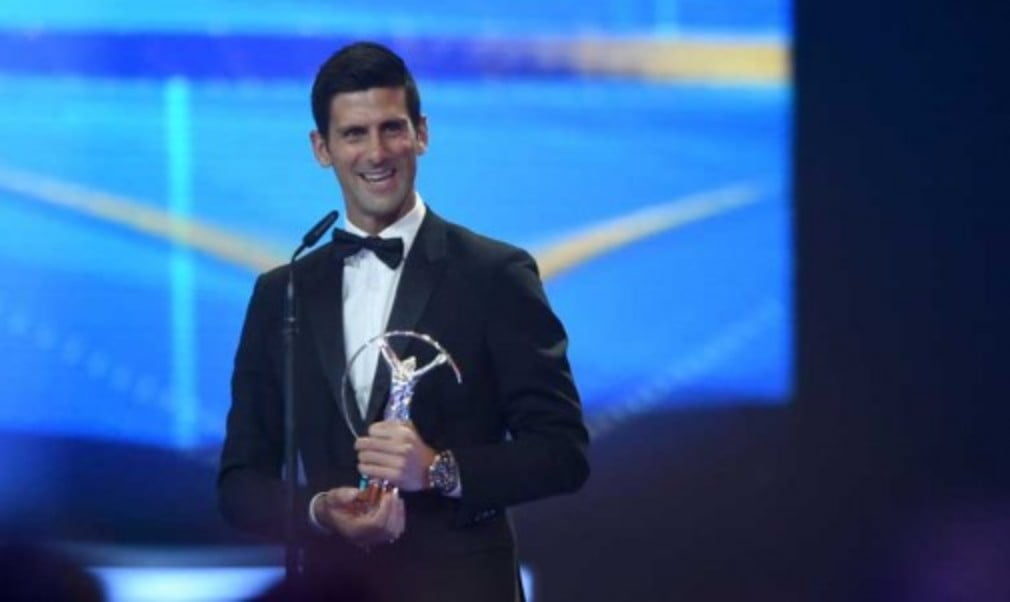 However, Great Britain's Davis Cup team missed out on the Laureus Team Award as the All Blacks took the prize for their 2015 Rugby World Cup success.

Djokovic won the Laureus World Sportsman Award for the second straight year and the third time in his career following an outstanding 2015 season that saw him win three of the four Grand Slams. The Serb, who beat Stephen Curry (basketball), Lewis Hamilton (Formula One), Usain Bolt (athletics), Jordan Spieth (golf) and Lionel Messi (football) to the honour, also won the award in 2012, following in the footsteps of Rafael Nadal (2011) and Roger Federer (2005-2008).

"He had a great year again," said Boris Becker, Laureus Academy Member and Djokovic's coach. "He's played 88 matches, has won 82, He won three out of the four Grand Slams, reached the final of the French Open, he’s won seven other tournaments. Very few players, if any, had a year like that.”

Meanwhile, Williams won the Laureus World Sports Woman of the Year for a record third time following a year in which she too won three major titles and was two matches away from completing a rare calendar-year Grand Slam. One of only three WTA players to win the honour (Jennifer Capriati, 2002; Justine Henin, 2008), Williams has been nominated for the award on 10 occasions. The 21-time Grand Slam champion, who also won in 2003 and 2010, saw off competition from Genzebe Dibaba (athletics), Anna Fenninger (skiing), Shelly-Ann Fraser-Pryce (athletics), Katie Ledecky (swimming) and Carly Lloyd (football).