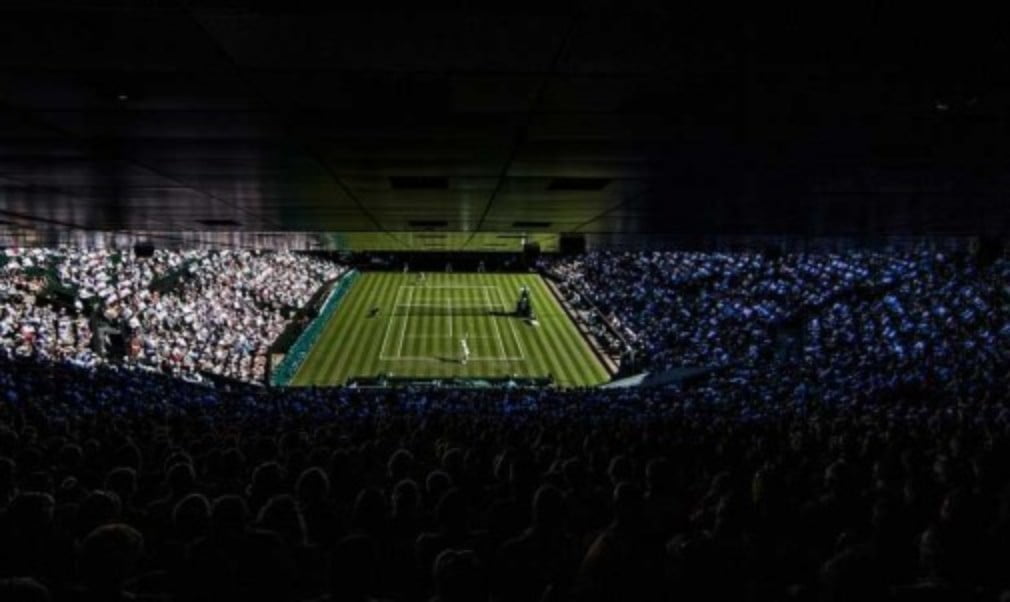 R1: Liam Broady (GBR) (WC) v Andy Murray (GBR) [2]
Until last week, Andy Murray had not played another British player since 2006 – but after beating Aljaz Bedene and Kyle Edmund en route to a fifth Aegon Championships title at Queen’s Club, he will face a third in as many weeks as he opens his 11th Wimbledon campaign against the world No.234. A favourable draw sees him avoid both Novak Djokovic and Roger Federer until the final, although a fourth round clash with Nick Kyrgios could prove to be a cracker.
Prediction: Murray in straight sets

R1: Novak Djokovic (SRB) [1] v James Ward (GBR) (WC)
There are 176 ranking places between world No.1 Novak Djokovic and first-round opponent James Ward, but Djokovic will have to contend with the added challenge of the home crowd when he kicks off his Wimbledon defence against the British wildcard on Monday. Ward has form on home soil – the Londoner upset John Isner in a five-set thriller in last year’s Davis Cup tie against USA in Glasgow, but he is unlikely to trouble Djokovic, who will have too much in all departments.
Prediction: Djokovic in straight sets

R1: Roger Federer (SUI) [3] v Guido Pella (ARG)
Seven-time champion Federer heads to Wimbledon with seven matches on grass – the last time he had that many matches under his belt on his arrival at the All England Club was in 2002 when he played ‘s-Hertogenbosch and Halle. After missing the French Open with a back injury, Federer’s fitness remains under question, with semi-final defeats to Dominic Thiem and Alexander Zverev in Stuttgart and Halle respectively. He should have no troubles against world No.51 Pella, but it remains to be seen how far he can go in the tournament.
Prediction: Federer in four

R1: Pablo Carreno-Busta (ESP) v Milos Raonic (CAN) [6]
With a game based on Pete Sampras, Raonic’s big serve is put to good effect on the grass, as he demonstrated in reaching the Aegon Championships final last week. With another former Wimbledon champion – John McEnroe – in his box, the Canadian will be looking to improve on his 2014 semi-final showing at SW19.  He has a relatively kind draw for the first week, but should he reach the last eight, he could potentially have to beat the three best players in the world if he is to become a Grand Slam champion.
Prediction: Raonic in straight sets

R1: Nick Kyrgios (AUS) [15] v Radek Stepanek (CZE) (WC)
Arguably the tie of the first round, if Radek Stepanek plays as well as he did against Andy Murray at Roland Garros, we could be in for a cracker. At 37, world No.121 Stepanek is the underdog against the No.15 seed , but the Czech is a former Top 10 player and a wily competitor and Kyrgios will need to remain focused to get the job done.
Prediction: Kyrgios in five

R1: Alexander Zverev (GER) [24] v Paul-Henri Mathieu (FRA)
It has been a breakthrough season for Zverev, who has climbed from No.83 to No.28 in just six months. He claimed his first Top 10 scalp against Roger Federer in Halle last week and he can boast wins over Marin Cilic, Gilles Simon (three times), Grigor Dimitrov (twice) and David Goffin this year. Tomas Berdych potentially lies in wait in the third round, but don’t bet against him reaching the second week of a Grand Slam for the first time.
Prediction:  Zverev in four