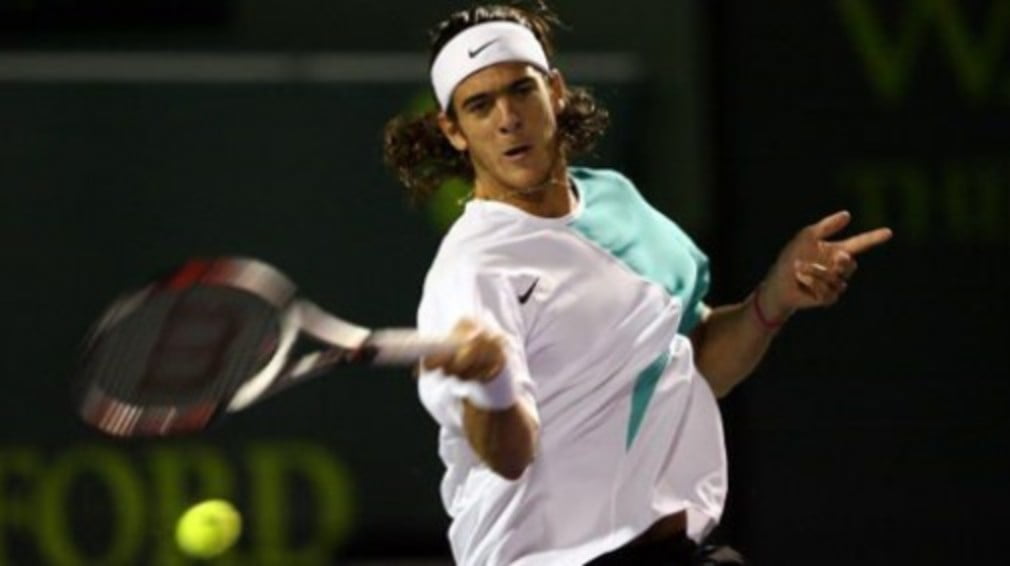 The Argentine, 19, entered the event ranked 65th in the world, and beat four seeded players to win the tournament. For Gasquet, however, it was a second big stage failure in a fortnight, after losing to Andy Murray at Wimbledon from two sets up.

A single service break late in each set was enough for Del Potro, who broke for a 5-4 lead in the first set and, after a brief rain break, he again broke Gasquet’s serve to take a 6-5 lead in the second, serving out the match to love.

An ecstatic Del Potro said: “This is incredible. I’ve dreamed of winning a tournament since I was a kid.”

Along with his first title, he was also presented with the keys to a new luxury convertible by tournament sponsor Mercedes.

In Bastad, Spaniard Tommy Robredo put in a strong performance to beat Tomas Berdych 6-4 6-1 and claim the Swedish Open title for the second time in three years.

The players traded breaks in the first set before Robredo broke again to move ahead against the Czech. Robredo then broke Berdych three times in the second set and cruised to victory.

“In 2006, I had the best year of my life. This year, I didn’t play well at the beginning of the season, so I think this win is more important,” champion Robredo said afterwards.

“I was a bit lucky today because Tomas hurt his knee. Still, I’m happy because I’ve had a great week.”

Meanwhile, France’s Fabrice Santoro successfully defended his title at the ATP Hall of Fame Championship, coasting past India’s Prakash Amritraj 6-3 7-5 in the final.