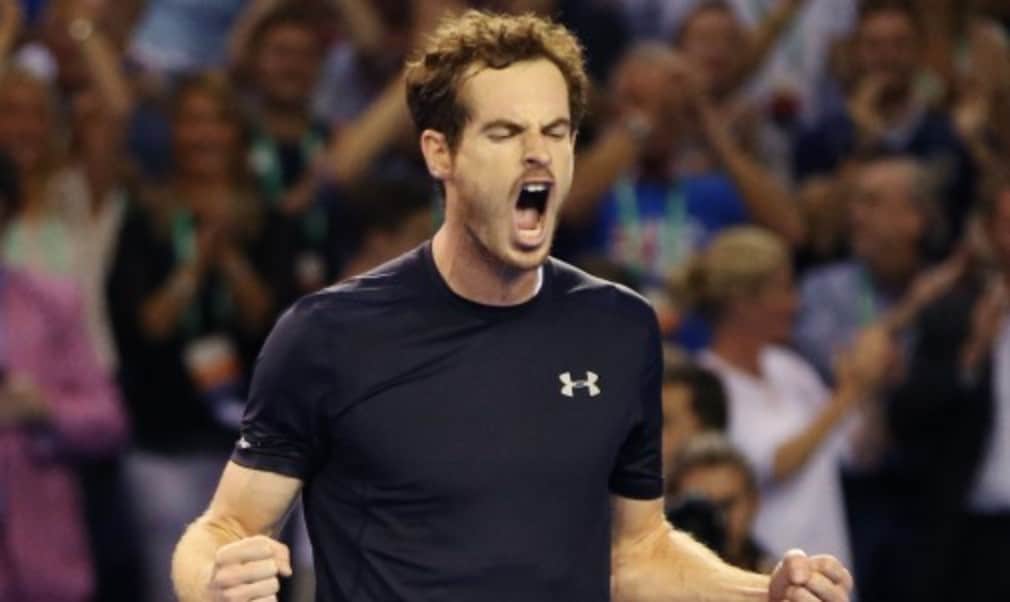 Andy Murray took his remarkable Davis Cup record to 23 wins from his last 24 singles rubbers before Bernard Tomic launched an Australian fightback on the first day of a gripping World Group semi-final at the Emirates Arena in Glasgow.

Murray, roared on by a passionate home crowd, crushed Thanasi Kokkinakis 6-3, 6-0, 6-3 in just an hour and 47 minutes, the speed of his victory increasing the likelihood of the world No 3 partnering his brother Jamie in the doubles on the second day. Tomic, nevertheless, ensured the tie would be perfectly balanced after day one by beating Dan Evans 6-3, 7-6, 6-7, 6-4.

This was Murray’s first match since his defeat by Kevin Anderson in the fourth round of the US Open, but further disappointment never looked likely against Kokkinakis. Murray practises regularly with the 19-year-old Australian and has helped him through his early appearances on the men’s tour, but on this occasion the Scot showed no mercy.

Apart from three double faults, Murray dropped just three other points on his serve in the whole match. Kokkinakis did not force a single break point and struggled on his own serve throughout. The world No 72 was broken six times.

Nevertheless, Kokkinakis competed well at the start, saving five break points before Murray finally broke to lead 4-2. Having served out for the first set, Murray raced through the second, conceding just five points – which included two double faults – before taking it in only 23 minutes.

Murray broke again to lead 2-1 in the third set. Kokkinakis kept the scoreline respectable, but on the second match point Murray hit a winning backhand return, to huge roars from the crowd. The loud support was led by a group of students from Stirling University, who had practised their singing at the nearby velodrome earlier in the day.

“I started the match really well,” Murray said afterwards. “Once I got that break in the middle part of the first set I just started to continue to play better.”

Kokkinakis said Murray had been simply too good. “He killed me,” the Australian said. “He just does a good job of running everything down and putting you in tough positions.”

Evans made a slow start, losing the first set after dropping serve in the second game, but went within two points of taking the second before Tomic won the first tie-break 7-2. The Australian, who lost to Evans at the US Open two years ago, seemed to be struggling with his movement from the middle of the third set, in which he let slip a 5-2 lead as the Briton fought back to win the tie-break 7-4.

However, Tomic quickly took charge of the fourth set, winning the first three games. Evans fought back to 5-4 from 5-2 down but was unable to complete another comeback as Tomic closed out victory after nearly three hours. Nevertheless it had been a spirited display by Evans, justifying his controversial selection ahead of Kyle Edmund and James Ward,

Leon Smith, Britain’s captain, now has to decide whether to select Andy Murray – in preference to Dominic Inglot – to play in the doubles alongside his brother, Jamie, against Lleyton Hewitt and Sam Groth. That would open up the possibility of the world No 3 repeating his heroics from the quarter-final against France at Queen’s Club, when he won both his singles rubbers and the doubles with his brother.

“I think everyone in the team wants to play,” Murray said when asked whether he would tell Smith if he wanted to play in the doubles. “Everyone wants to try and help where they can. Ultimately the decision is up to the captain and the players that go on the court have a job to do when they get there. But we don’t make the decisions.”