Daniil Medvedev has escalated his war of words with Stefanos Tsitsipas as the two youngsters look to sow the seeds for a lengthy rivalry.

Tsitsipas was beaten by eventual winner Medvedev at the Shanghai Masters last week, and immediately lashed out at the Russian’s playing style when completing his post-match media duties.

“Well, I don’t mean to be rude at all, actually, at all, but it’s just boring,” Tsitsipas said of Medvedev. “It’s boring. It’s so boring.

“So he has a huge serve, and if you manage to get it back, it’s just countless balls inside the court, which you have, the only way you have to, you can do is hit as hard as you can side to side, be accurate, and make him move.

However, speaking to reporters in his native Russia, Medvedev aimed a stinging broadside at Tsitsipas, saying: “Every tennis player can say something nasty about some other player.

“Tsitsipas also gave another interview during Shanghai, if I am not mistaken. 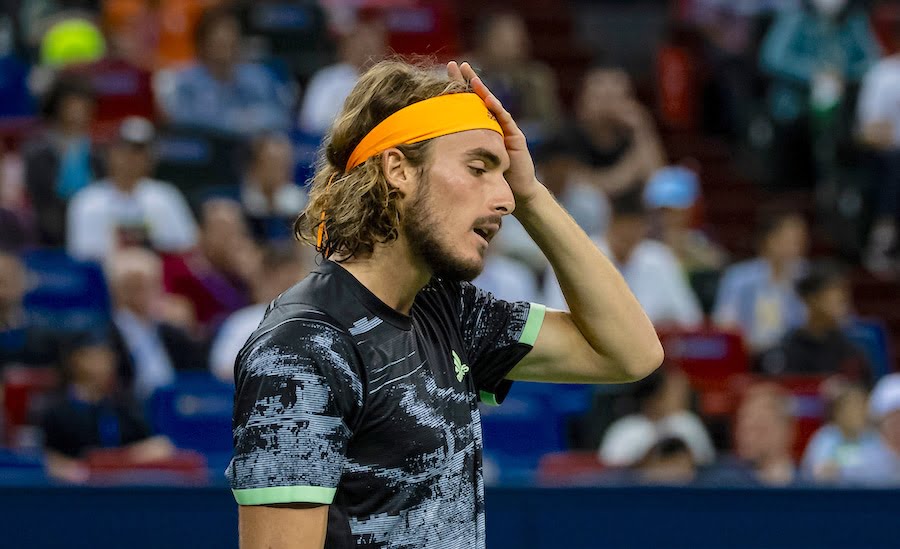 “He was asked how he celebrated the victory at the Laver’s Cup. Not only me, but many Russian and international tennis players laughed at his answer.

“After that interview I stopped taking Tsitsipas seriously.” Medvedev stated.

“He said, that he was forced to drink alcohol. Well, nothing serious, but then he said: “Mother, do you hear it? They forced me to drink! It was disgusting, I can show you the video”.

“That is not funny. I don’t take him seriously after that.”

Tsitsipas’ has a disappointing record of five losses in five matches against Medvedev, and that’s a record that it is tough to see changing any time soon given the Russian’s outstanding form of late.