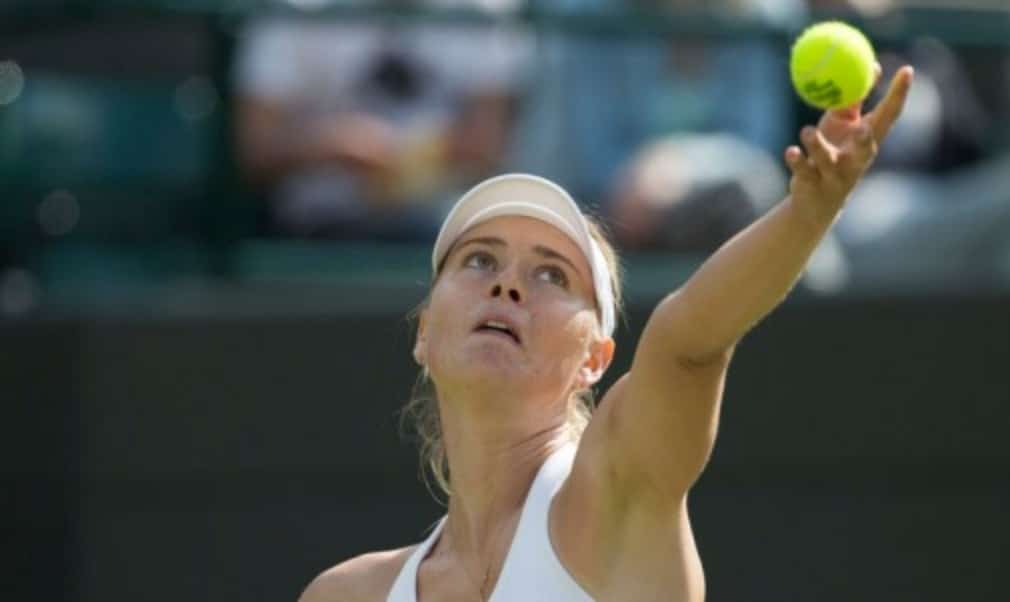 On a day badly affected by the rain, Sharapova enjoyed the benefit of playing under the Centre Court roof as she defeated Alison Riske 6-3 6-0, while Williams fell 1-6 6-3 6-4 to Alize Cornet.

A two-time semi-finalist in Birmingham, Riske has enjoyed her best results on grass, and looked poised to give Sharapova a run for her money after breaking for a 2-0 lead, but she quickly lost her grip on the match as a ruthless Sharapova levelled before streaking away to victory in 69 minutes.

“On grass things happen much quicker than maybe on other surfaces,” Sharapova said. “You find yourself down a break.  She served extremely well in the beginning.  I didn't read her serve. As I started getting more balls back, getting myself back in position, I felt like she had to go for a little bit more on her first serve and had a little more pressure, whereas in the beginning of the set she got a lot of free points.  That automatically gives her a lot of confidence when she steps on the line.

“Those are the types of things you try to impose on your opponent if you're not feeling that energy, or maybe a step too slow to the ball.  It's a few little things that make the big difference in the end.”

Ten years on from her maiden Grand Slam victory at the All England Club, Sharapova has been in ominous form, dropping just seven games in her opening three matches to reach the last 16, where she awaits Angelique Kerber, who came from a set down to defeat last year’s semi-finalist Kirsten Flipkens 3-6 6-3 6-2.

If Sharapova is to lift a sixth Grand Slam title next Saturday, she will not have to beat top seed Williams, who she has not beaten in 15 attempts, stretching back to 2004.

While Sharapova sailed to victory under the roof, Williams was forced to wait out a four-and-a-half-hour rain delay after play was suspended after only 15 minutes. The American came out firing as she rattled through the remainder of the set in 12 minutes, but soon found herself on the back foot as Cornet raced to a 5-0 lead in the second set. Although Williams managed to claw back a break of serve, she dropped her first set of the tournament as Cornet served out the set at the second attempt to force a decider.

And Cornet, who beat Williams in Dubai earlier this year, continued to hit a stream of winners as she served out the match at the second time of asking to claim a second successive victory against the American. The No.25 seed will now meet Eugenie Bouchard in the fourth round after the 20-year-old Canadian defeated Andrea Petkovic 6-3 6-4 on Court 3.

Meanwhile, last year’s runner-up Sabine Lisicki will have to resume her bid to reach the fourth round for a fifth time on Monday after her match against Ana Ivanovic was suspended due to bad light with Lisicki leading 6-4 1-1.