Carefree Nick Kyrgios boozes with friend as he recovers from $120,000 fine by supporting Andy Murray

Nick Kyrgios may be the talk of tennis after another high profile on court incident in which he verbally abused the umpire and then spat at him but it doesn’t seem to have dampened the Australian’s mood.

Yesterday Kyrgios decided to have a drink whilst he supported his long time ATP Tour mate Andy Murray during the Scot’s doubles with Feliciano Lopez at the Cincinnati Masters.

Kyrgios was pictured drinking a can of White Claw which is an alcoholic ‘hard-seltzer’ drink popular with athletes because of its low carbohydrate ingredients which means it’s not as fattening as other alcoholic drinks like beer and lager. 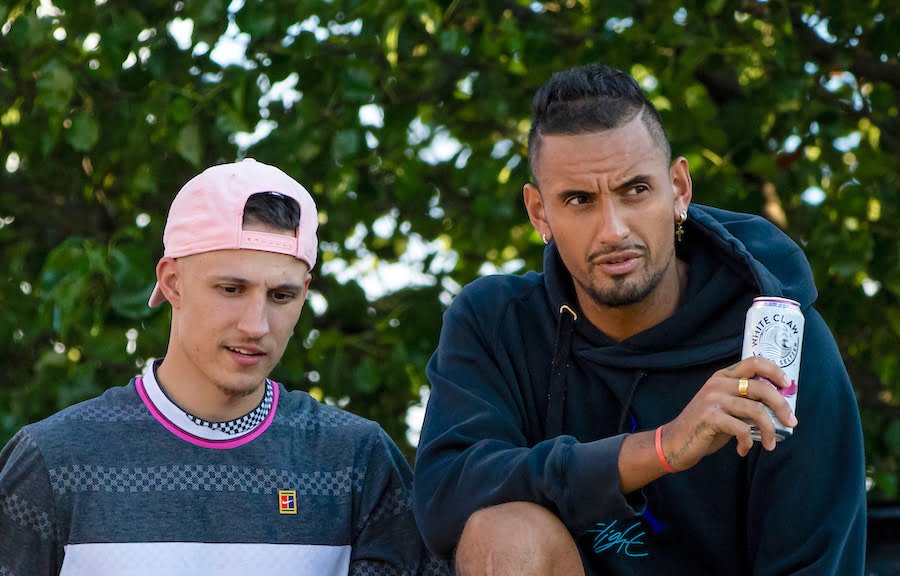 Just a few hours earlier Kyrgios had lost to Karen Khachanov in one of the most explosive performances of his career. He was seemingly headed for victory in the second round match after winning the first set when a number of on court distractions caused him to blow up and verbally abuse the umpire then smash his rackets for which receive a number of warnings and code violations.

Kyrgios went on to lose the match and was subsequently fined a massive $120,000 by the authorities.