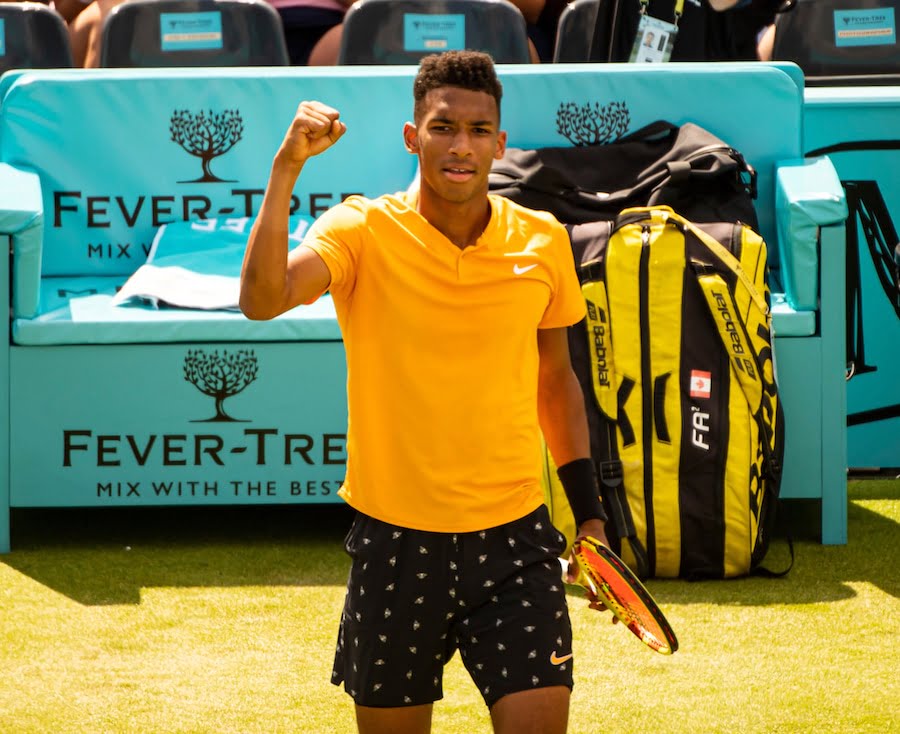 Canadian hotshot Felix Auger-Aliassime: “Every time I play these players I believe I can win”

The young Canadian Felix Auger-Aliassime was asked about his intentions for this first grass court season as a touring pro and he was brutally honest in saying, “We said we’ll see how it goes but at the same time we prepared to win”.

“I’ve had two finals already this year on different surfaces and every time I play these players i believe that I can win. That’s the most important thing”

Talking more specifically about his tactics for grass he followed up by saying, “We asked how am i going to suit myself on grass, how am i going to move and luckily my movement and physical assets transferred well on this surface (grass) so i’m pretty happy with the work i’ve done”

“We came to win. Every time I play these players, I believe that I can win.”@felixtennis only has one thing in mind at #QueensTennis ??? pic.twitter.com/id9lqJs7F0

Auger-Aliassime was speaking before his first ever semi-final on grass where he was drawn to play Spanish veteran and doubles partner of Andy Murray, Feliciano Lopez.

Auger-Aliassime has shot up the ATP singles this year since from starting 2019 ranked 106 in the world to his current career high of 21. He will move even higher when the new rankings are announced on Monday if he can make the final this week at the Fever Tree Championships.