Can anyone repeat Zverev’s shock victory of 2018? Preview of the ATP Finals 2019

The 2019 ATP finals are shaping up to be one of the most hotly contested tournaments for many years with the perfect blend of legendary figures in Djokovic, Nadal and Federer facing up to a growing cast of young pretenders to their crown

Kicking off on Sunday with Novak Djokovic against Matteo Berrettini, the 2019 year ending ATP Finals features the best 8 players from the 2019 ATP season. The players are split into two groups with the winners and runners up from each group progressing to the semi-finals and then the final.

2018 saw an unstoppable alexander Zverev triumph in spectacular fashion after deposing Roger Federer in the semi final and then Novak Djokovic in the final without conceding a set in either match.

Can Zverev repeat the feat and triumph again or will one of the Big 3 add to their long list of trophies?

An intriguing draw has placed Federer and Djokovic in the same group which means that, should both players qualify for the semi-finals, they definitely wouldn’t have to play each other. Whereas, Nadal has been drawn in a group alongside Daniil Medvedev, Stefanos Tsitsipas and Alexander Zverev which looks like the toughest draw especially as he is then likely o have to play Federer or Djokovic if he qualifies for the semi-finals.

But that is by no means guaranteed as the three three players in his group are all in great form and Nadal is still recovering from an abdominal injury that forced him to retire from the Paris Masters last week.

Indoor form says that Federer and Djokovic are likely to be the one’s to beat with Djokovic triumphing as recently as last week on the indoor coirts of Paris. Federer has always performed well on the surface with 6 previous victories to his name.

Likely to be the biggest challenger to the big 3 is Daniil Medvedev considering his supreme run of form that saw him reach 6 ATP finals in a row winning 4 trophies along the way. His blip last week in Paris can probably be put down to tiredness but with a first appearance at the ATP Finals to motivate him and a decent rest he will be a force to be reckoned with.

The ATP Finals are held at the O2 arena in London 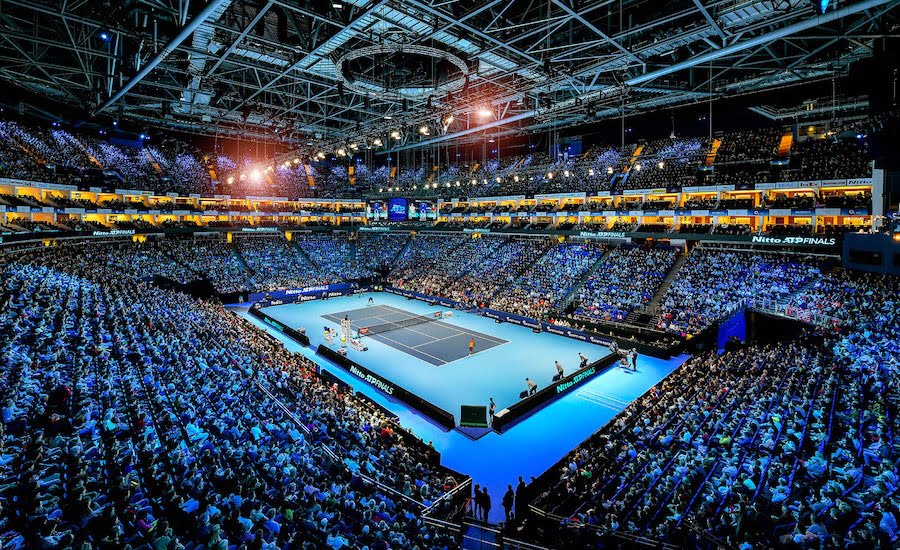 Who is the reigning champion?

Tickets are available for all sessions through the official ticketing site