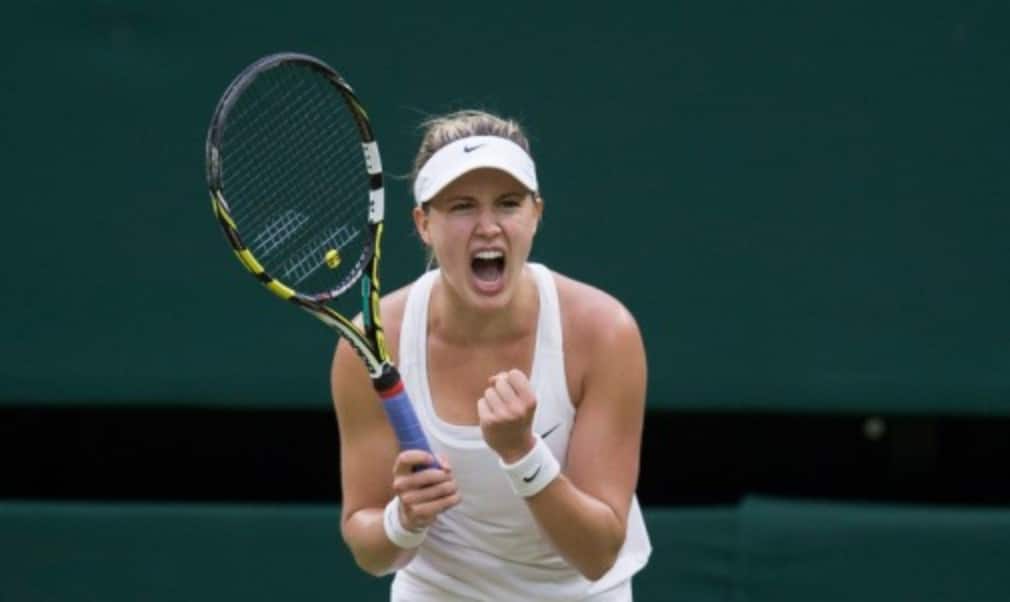 Bouchard to meet Halep in semi-finals

The Canadian defeated Kerber 6-3 6-4 and will meet No.3 seed Simona Halep in Thursday's semi-finals after the Romanian raced past Sabine Lisicki 6-4 6-0.

Bouchard, who is bidding to become only the fifth woman to win both the girls’ and ladies’ singles title at Wimbledon, was forced to save two break points as she served for the match, but held her nerve to clinch victory when Kerber sprayed a forehand wide.

“Tennis is something I've played for 15 years now,” said Bouchard.  “I've put in a lot of hard work on the court.  So, you know, results that come for me, in the back of my mind I expected them because I've put in so much time and effort.  I have that true belief that I deserve these results when I get them.”

Bouchard’s win sets up an intriguing semi-final between two of the most consistent performers on the women’s tour this season – the only two women to reach at least the quarter-finals at all three Grand Slams this season.

“I'm excited to be in the semis,” said Bouchard, who is only the sixth woman since 2000 to reach the last four at the first three majors in a year.  “But, of course, you know, [I’m] never satisfied, so I definitely want to go a step further, or as far as I can."

Halep, the highest-ranked player left in the draw, found herself 0-3 down after a powerful start by Lisicki, but reeled off five straight games to take the first set 6-4.

“I played my best match today,” said Halep.  “I came back very well from 41.  She played really well at the beginning, but then I was controlling all the match.”

Both players were bidding for their 250th career win, but it was Halep who notched the milestone, winning 10 straight games to wrap up a straight sets victory inside an hour.

“When the momentum goes one way and a player like Simona gets the confidence, then she goes even more for the lines,” said Lisicki. “She was hitting the corners of the court, so it was getting more and more difficult to turn it around. So I tried everything that I could today, but she was better.”

Halep, who has climbed into the world’s top three after being ranked No.45 before winning the first of her seven titles last June, showed no signs of being overwhelmed in her first appearance on Centre Court.

Bouchard meanwhile, was ranked No.66 a year ago and is making only her sixth main draw Grand Slam appearance. In the pair’s only previous meeting at Indian Wells, Halep beat the Canadian in three sets.

“It's another day, so will be different match,” said Halep.  “But I have confidence in myself.  I believe that I can win, but I expect a tough match.  She's a great player and she's playing really well, so I have just to enjoy it.

“I learned from that match that I have to keep fighting ‘til the end.  At that moment I won, so we'll see tomorrow what will happen.

“I think her style, it's dangerous on grass because she's playing very flat.  She stays very close to the baseline, so she's playing fast.”