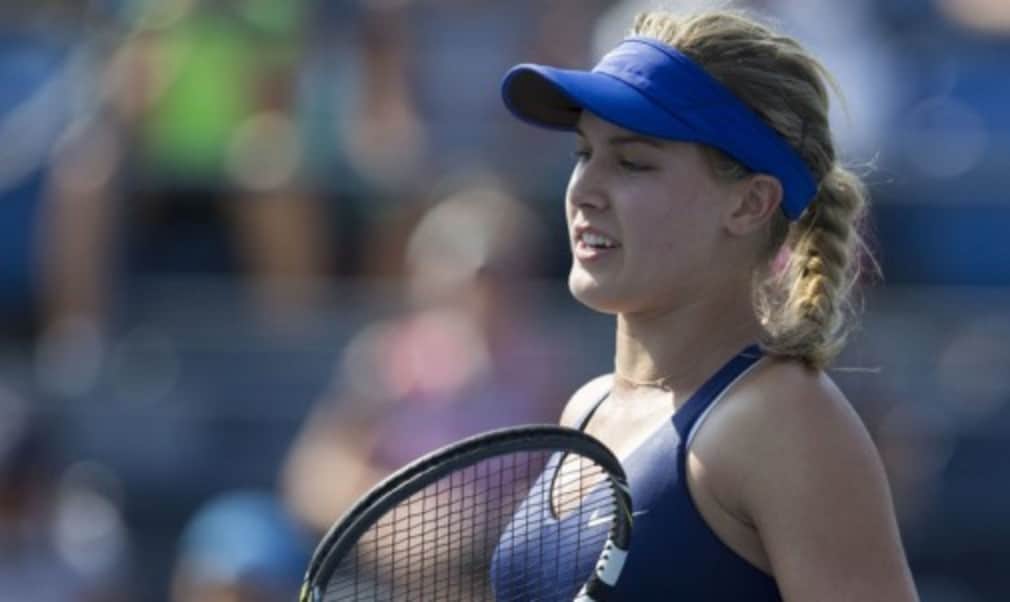 Bouchard through as Kvitova crashes out

Kvitova crashes as Bouchard battles through

Petra Kvitova’s struggles to make an impression at the US Open continue after the reigning Wimbledon champion was stunned by Serbian 21-year-old qualifier Aleksandra Krunic 6-4 6-4.

Krunic could never match Kvitova’s heavy ball striking from the baseline but the world No.145 showed tenacity, incredible scrambling skills and an eye for angles that bamboozled and frustrated the No.3 seed in equal measure, and paid a touching tribute to her opponent after the match.

“It was an honour to be on the same court as Petra,” said Krunic, who will face Victoria Azarenka in the fourth round. “I didn’t expect to win – I was hoping to win at least a set. I managed to win somehow, I don’t know how!”

“I was disappointed in myself, not necessarily about going to a third, but by my level in the second set,” Bouchard admitted. “I was surprised I could do so many unforced errors in one set. You know, that's something I definitely don't want to repeat again. But I'm determined to do better in my next match.”

Bouchard faces Ekaterina Makarova for a place in the quarter-finals.

Novak Djokovic and Andy Murray booked their spots in the fourth round of the US Open with contrasting victories on a cool first Saturday.

With cloud taking the sting out of the sun as the day wore on, Djokovic made light work of Sam Querrey surging out to early leads in each set en route to a 6-3 6-2 6-2 win wrapped up in 85 minutes.

After an indifferent build-up to the US Open, Djokovic is happy to be rediscovering his top form in New York.

“It's peaking at the right time, at the right tournament,” said the world No.1 “This is where I want to play my best tennis. I haven't done as well as I wanted in Toronto and Cincinnati. I didn't know how emotionally drained I was until I played Tsonga in Canada and I didn't feel I could deliver my best.”

Murray, who arrived concerned about his own lack of match time ahead of the year’s final major, was not overly concerned by another four-set victory on Louis Armstrong against Andrey Kuznetsov.

“I expected him to play well,” Murray said of Kuznetsov, who beat Fernado Verdasco in the previous round. “He obviously would have been confident from his last match. I started a bit slow in the beginning of the third. He gained confidence from that and he definitely started hitting the ball better. It was a tricky match, but I came through well.”

Murray now faces Jo-Wilfried Tsonga for a place in the quarter-finals and a potential showdown with Djokovic. “He's obviously playing well right now,” Murray added. “He had a great week in Canada. Yeah, he's played some good tennis so far here – it will be a tough match.”

Performance of the day

Kaia Kanepi seems to have a deep Grand Slam run in her each season, and in 2014 she saved her best for last. The Estonian world No.49 wiped out Carla Suarez Navarro 7-5 6-0 to book a shot at Serena Williams in the last 16.

“It's great to see at 34 years old, I believe, he's playing his best tennis. He's figuring a lot of it out. He's giving himself sort of a new life about his tennis. When I was playing through the Challenger circuit you'd see him playing qualies or getting in as one of the last guys in the main draw. So you see him at that point. Now to see him getting into Grand Slams, directly into quite a few tournaments, as well, it's nice to see.”

0 – Number of unforced errors from Tommy Robredo during the second set of his third-round victory over Nick Kyrgios. The Spaniard came through 3-6 6-3 7-6(4) 6-3 and will face Stan Wawrinka in the fourth round after the Swiss received a walkover from Blaz Kavcic, who pulled out with a right foot injury.