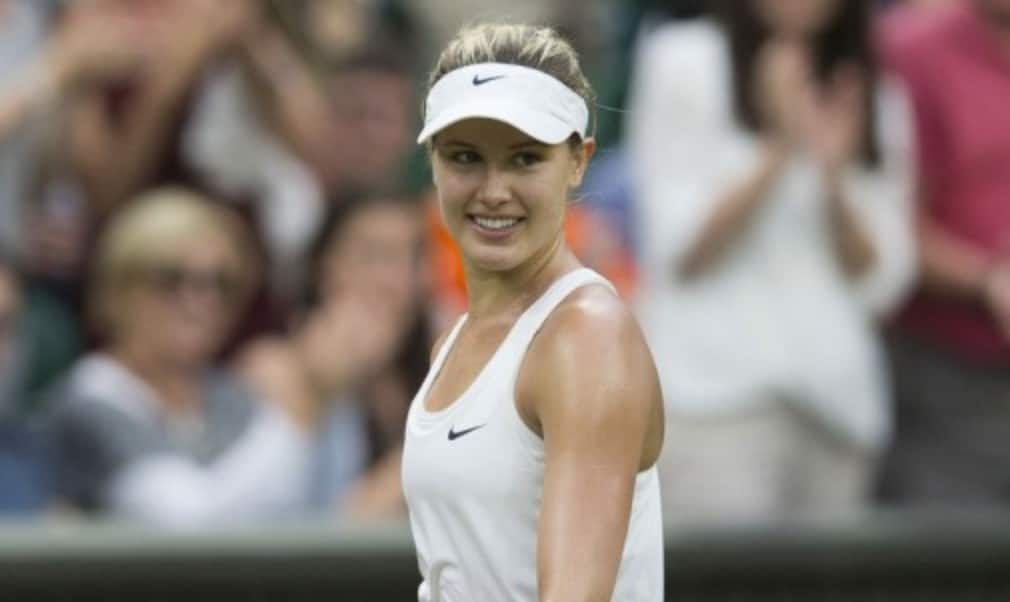 The 20-year-old will face 2011 champion Petra Kvitova in Saturday’s final after she came through 7-6(6) 6-1 against fellow Czech Lucie Safarova. Both semi-finals were played out in similar fashion as tense opening sets were followed by Bouchard and Kvitova taking control in the second.

“From the beginning, both of us were very nervous, so it was difficult,” said Kvitova. “We know each other well on and off the court. I knew that it was going to be a very tough match. She played her best tennis here all tournament and she really deserved to be in the semi-final.

"I'm just glad that I served well today. I think that was maybe the key to the match. There's still one more to come and I want to be focused on that now."

The second semi-final was expected to be a tighter affair as both players held 15-2 records in Grand Slams this year. But after third seed Halep turned her ankle in the fourth game of the match she struggled to keep pace with Bouchard as she booked her place in the final.

“I am really excited, I can’t wait to play the final, I am just going to go for it and I’m looking forward to the challenge,” said Bouchard. “I am not surprised at how well I have done, I have put in a lot of hard work and it’s been years in the making, I believe in myself and I expect good results and I always want more. I have had a good start to the season but I expect myself to do even better.”

The 2012 junior girls’ Wimbledon champion, who is set to break into the top 10 next week, had lost her only previous meeting with Halep in Indian Wells earlier this year. But the Romanian’s chances of making her second successive Slam semi-final were dealt a blow after 15 minutes when she was left hobbling after turning her ankle.

Although she managed to recover and led 4-2 in the tie-break, a fortuitous net cord paved the way for Bouchard to take the opening set. A couple of double faults in the third game of the second set from Halep handed the initiative to Bouchard and she eventually sealed victory with her fourth match point.

In the first semi-final, it was Kvitova, seeded sixth, who made the brighter start as she broke immediately. But Safarova soon levelled the match at 2-2 and there was little to separate the two good friends for the remainder of the set. The tie-break was just as tight until Kvitova managed to create a couple of set points, the second of which she took with a forehand winner.

Winning the set seemed to settle Kvitova and she broke early in the second to establish a 3-0 lead. Safarova’s best chance to get back into the contest was a break point in the fifth game but she was unable to convert and deny her Fed Cup team-mate a place in the final.