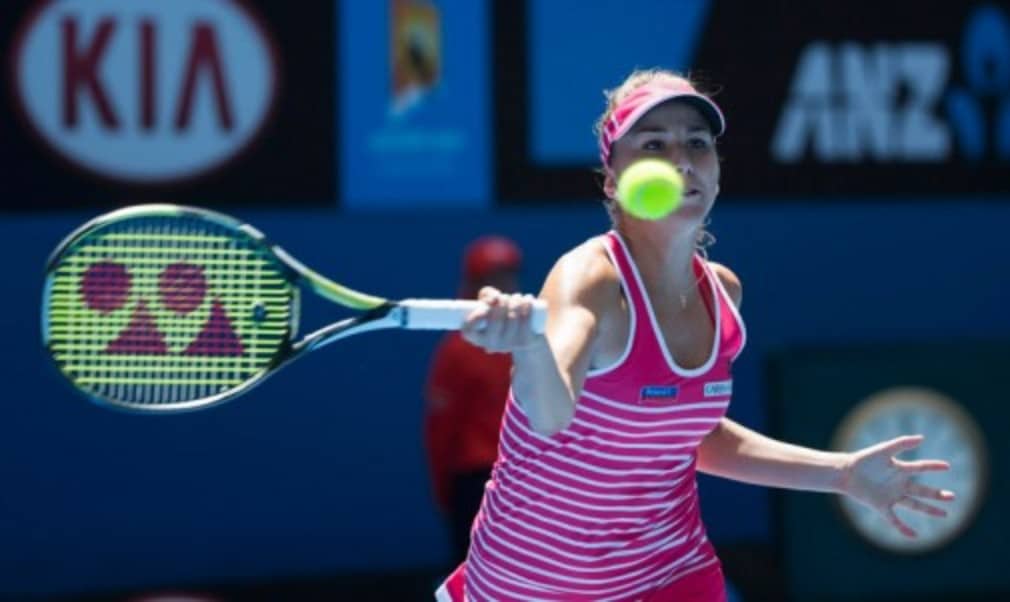 Bencic off to tough start in new Yonex gear

Twelve months ago Belinda Bencic was ranked No.187 in the world. The Swiss 16-year-old caused a stir at the 2014 Australian Open, upsetting veteran Kimiko Date-Krumm in the first round before falling to eventual champion Li Na.

This year, it was a very different scenario for the world No.32 as she was seeded for the first time at a major. In 2014, she was the underdog against Date-Krumm. A year on, she was the favourite against world No.73 Goerges but was convincingly beaten by the German, who reached a career-high ranking of No.15 in March 2012.

“I don’t think [being seeded] affected my preparations,” said Bencic. “I think there were some tough draws, I think it wasn’t an easy first round even though I am seeded she is a great player and a former top 20 player.

“I think she was really on fire today. I didn’t play at my best today but she didn’t let me in the game. It’s not easy for me when she goes for her shots all the time so it wasn’t easy for me to get into the match but I also think I could have served better so that is my mistake.

“It’s really disappointing. But things cannot always go up; losses are also expected so I’m now looking forward. I will play Fed Cup in Sweden and I will play Antwerp, Doha and Dubai.”

Last week it was announced that Bencic had signed a full “head-to-toe” deal with Yonex at the start of the season and will wear the Japanese brand’s clothing and shoes as well as using the EZONE Ai 100 racket she played with last season.

“I’m really happy about it,” said Bencic. “I’ve been playing with Yonex rackets all my life, and I wore YONEX clothes when I was very little, so it’s kind of like déjà vu. I like Yonex’s apparel very much, and I think the material is very good. It’s thin, and keeps me cool. When I play it cools me down, allowing me to play at my highest level in hot regions like Australia.”

Bencic's run to the quarter-finals at the US Open last year propelled her up the rankings. Voted WTA Newcomer of the Year for 2014, the 17-year-old will hope to follow in the footsteps of the likes of Serena Williams (1998), Maria Sharapova (2003) and Petra Kvitova (2009) who went on to win their first Grand Slam the year after winning the award.