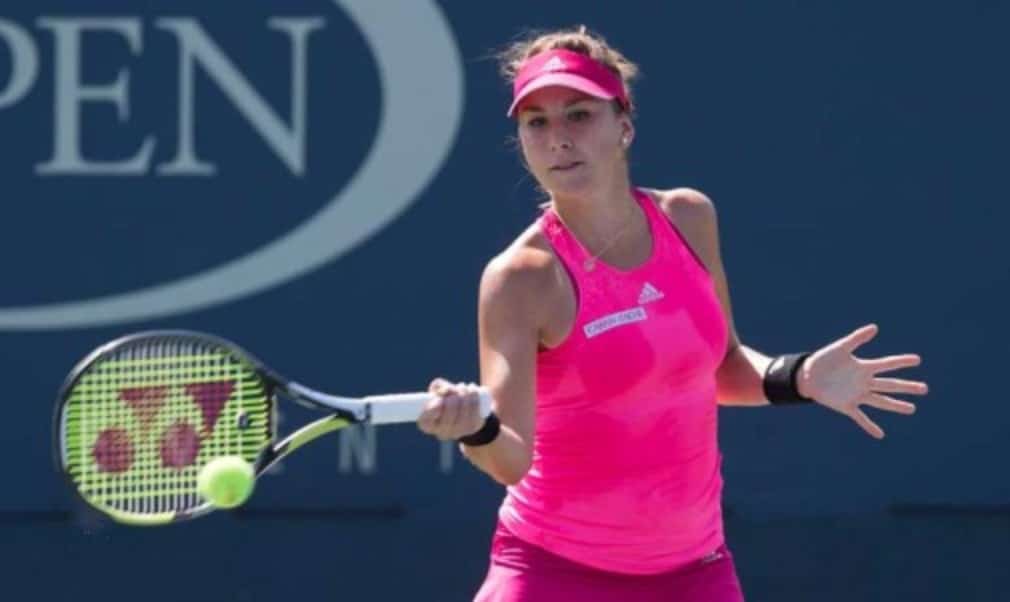 The Swiss, who ended 2013 as junior world No.1 following victory in the girls’ singles at Roland Garros and Wimbledon, climbed 179 places since the start of the season.

After making her WTA debut in July last year, Bencic started the season ranked No.212 in the world, but soon made her mark, winning her first Grand Slam main draw match at the Australian Open. Bencic, who is coached by Martina Hingis’ mother Melanie Molitor, came through qualifying to beat Kimiko Date Krumm 6-4 4-6 6-3 before falling to eventual champion Li Na in the second round.

"She played exactly like Martina Hingis,” said Li. "She was using a lot of my power to move me around and make me run a lot out there on the court."

Further highlights included a run to the quarter-finals at the Premier event in Charleston before breaking into the top 100 in May.  She reached the third round at Wimbledon before a major breakthrough at the US Open, upsetting two top 10 players -Angelique Kerber and Jelena Jankovic – en route to the quarter-finals at Flushing Meadows – the youngest player to achieve the feat since Hingis in 1997.

After reaching her first WTA final at the $250,000 event in Tianjin, Bencic ends the season on the cusp of breaking into the top 30 and was voted newcomer of the year ahead of Zarina Diyas, Kurumi Nara and Shelby Rogers. Voted for by a combination of media and fans, Bencic received an overwhelming 56 of 58 media votes and 46% of fan votes.

"It's a great honour and privilege to have been voted the WTA's Newcomer Of The Year for 2014," Bencic said. "It has been a challenging and rewarding year for me and I hope to be able to build on my success from 2014 in the future.

"I have been watching top WTA players all my life and to have been able to be on the same court as some of the world's greatest players is a dream come true. I hope to make as much progress in 2015 as I did this year. Thank you for voting for me!"

Bencic will hope to follow in the footsteps of previous winners Serena Williams (1998), Maria Sharapova (2003) and Petra Kvitova (2010), who all went on to lift their first Grand Slam title the following year.